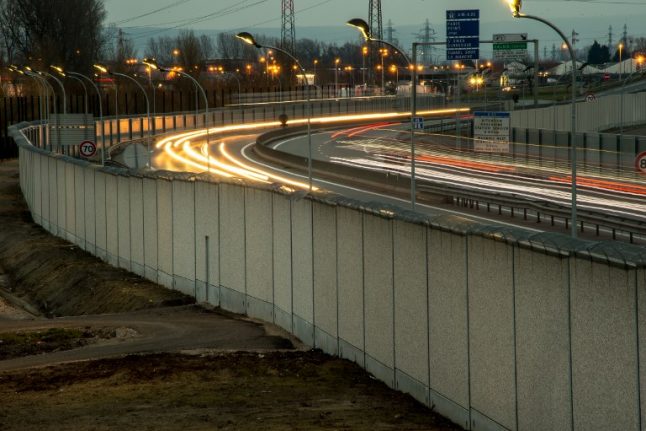 France's Elysée Palace announced on Wednesday that a new treaty would be signed on Thursday aimed at providing a solution to the migrant crisis at Calais and how to best deal with the refugees hoping to head to Britain.

As part of that deal Britain will hand over more money to help boost security at the border.

Reports in the British press suggest the total will be €50 million (£44.5 million) which would bring the total amount of money paid by the UK to France since 2016 to around €170 million (£150 million).

“This is about investing in and enhancing the security of the UK border,” a government spokeswoman said. “Just as we invest in our borders around the rest of the UK it is only right that we constantly monitor whether there is more we can be doing at UK border controls in France and Belgium to ensure tey are as secure as possible.”

Most of the money will be spent on security, including more fences, more CCTV and better detection technology in Calais. But French authorities will also use the money to help relocate refugees from Calais to other parts of France.

Most of the money handed over by Britain in recent years has been spent on boosting security – a tactic aid groups working in Calais say simply won't solve the problem.

London paid out €2.7 million to build a 1km-long wall along the approach road to the Calais port – a move which was heavily criticised by aid groups.

“It's not going to change a thing. These people will still try and scale the wall and it will just result in more of them being injured,” Yolaine Bernard, vice president of the Salam aid organisation told The Local

“There's no easy solution to this issue, but it's a shame to spend all that money on something that won't work.”

The aid agency says measures like extra fencing and the flooding of lowlands around the port only add to the risk and lead to extra deaths among migrants.

Aid groups say the more money the UK spends on security at Calais, the more the migrant crisis will be pushed to other ports along the Channel coast.

Some of the money stumped up by the British may also be spent on improving security along the coast at the port of Dunkirk.

The new treaty, set to be announced at the Franco-British summit at a UK military base later on Thursday, will “complete the Le Touquet accord”, Macron's office said in reference to a 2003 deal that effectively put Britain's border in northern France.

The details are “still being finalised”, the French presidency said, but the treaty will include measures on how to manage unaccompanied minors.

As part of the new treaty Britain could set up a system to process some asylum claims in Calais, offering refugees a legal route across the Channel.

At stake during Thursday's talks is a 2003 agreement between Britain and France which effectively moved the UK border onto French territory, meaning the area around Calais has become a bottleneck where migrants heading for Britain wait.

Interior Minister Gerard Collomb reiterated Tuesday that France would ask Britain to take in more refugees from northern France and increase their funding — not only for security measures, but also for the development of Calais.

“It's in their interests that things go well,” Collomb told the France 2 television channel on Tuesday ahead of a meeting between Macron and British Prime Minister Theresa May on Thursday

Migrants hoping to stow away on trucks bound for Britain have long been drawn to France's northern coast, with the squalid “Jungle” camp near Calais once housing some 10,000 people before it was bulldozed by the government in late 2016.

Hundreds of migrants remain in the area, with police routinely breaking up makeshift camps of people hoping to head to Britain, a favoured destination for Afghans and east Africans.

French officials argue the Le Touquet deal has worsened Europe's migrant crisis by creating a huge backflow of migrants in the area, lured by a belief that it is easier to secure asylum and work permits in Britain.

A French human rights commission in 2015 said the accord had made France the “police branch” of Britain's immigration policies. 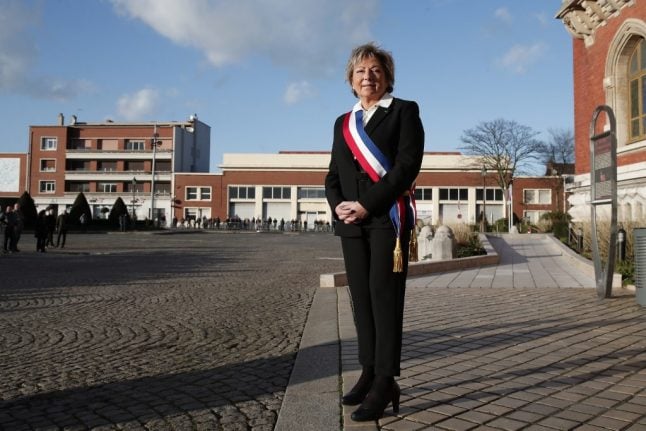