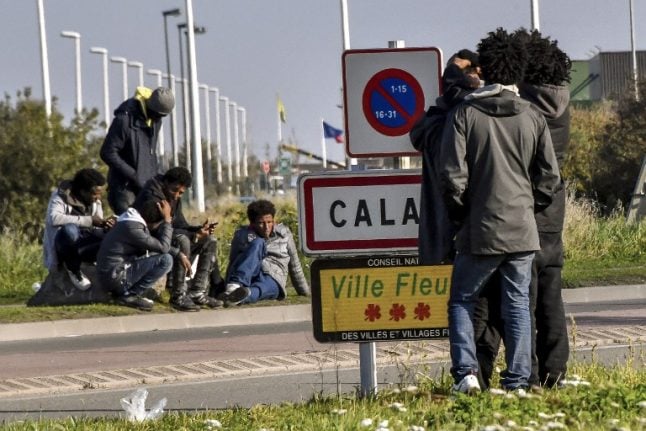 France's centrist president, who campaigned for open borders in last year's election, has since drawn criticism for his government's uncompromising attitude towards migrants sleeping rough on the streets of Calais and Paris.

Macron has promised to speed up waiting times for asylum applications while also stepping up expulsions of those who remain in France after being turned down for refugee status — an approach he touts as mixing “efficiency” and “humanity”.

NGOs, trade unions and left wing parties take a different view, often accusing him of wielding an iron fist in a velvet glove.

The police in Calais routinely break up the camps of migrants who descend on the region to try and stow away on trucks crossing the Channel to Britain, a favourite destination for Afghans and east Africans.

Hundreds of migrants are still massed in the area, over a year after the former Socialist government bulldozed the Jungle, a squalid makeshift camp in Calais, and moved its more than 7,000 occupants to shelters nationwide.

On Thursday, Macron will travel to southern England for a French-British summit where he will demand that Britain, which in 2003 effectively pushed back its border to France, do more to help ease the migrant burden. Demands for Britain to step up

Some in France see the situation in Calais as one of Britain's making, given that the most of the migrants who descend on the area are desperate to reach England.

In an interview with Le Parisien published Sunday, Collomb said he would push for changes to the 2003 Le Touquet accords allowing British border controls on French territory.

Collomb said France would specifically demand “concrete measures” from Prime Minister Theresa May's government on taking in more unaccompanied minors seeking to join relatives or friends across the water, and on contributing more to the costs of policing the border.

On Tuesday, Macron will meet migrants in Calais and NGOs working with them, as well as with local officials, residents and security force members calling for tougher laws to prevent the emergence of another Jungle.

Natacha Bouchart, the right wing mayor of Calais, told BFM television on Monday that the local population was “tired” of the situation and expected a lot from the president's visit.

But the trip has not been welcomed by all, with two NGOs on the frontlines of the crisis in Calais refusing an invitation to meet him.

Francois Guennoc of the Auberge des Migrants charity said he did not want to act “merely as an alibi for a strategy that is already well established”.