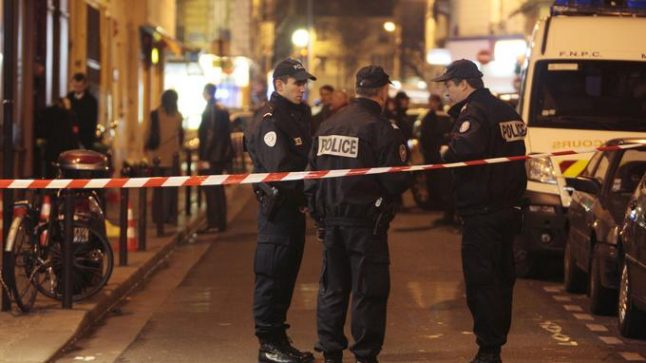 Rue de la Roquette, that links Bastille to Père Lachaise cemetery is located in Paris's trendy 11th Arrondissement and is normally packed with shoppers and diners who come to frequent the many boutiques, bars and restaurants. But on Saturday evening it drew around 30 youths, aged between 13 and 18-years-old, who had no interest in shopping or cocktails.

They were from two rival groups of local youths, believed to be from the 11th and the Riquet area of the 19th arrondissement who had met to inflict violence on each other.

The fight left a 15-year-old dead. He died of a fatal stab wound.

What sparked the violence is still unclear although there are reports it may have been down to a dispute involving a girl. Last November an 18-year-old died from a gun shot wound after a similar fight in the 19th arrondissement.

“These fights between youths could take place anywhere in Paris, not just in the housing estates,” Yvan Assioma, from the Alliance police union, told The Local.

Saturday's violence has once again focused attention on an issue — not one that is not particularly new but one which is increasingly worrying the French authorities — in part due to the young age of those being drawn into violent groups.

Numerous residents of the 11th arrondissement told BFM TV that the violence in the neighbourhood was on the increase as youths “were a law unto themselves.”

“It's very worrying. There is real trivialization of violence among young people. These are boys as young as 13, more often that not from tough neighbourhoods, who are marginalized and often not in schools. They also lack any kind of parental framework,” said Assioma.

Since 2009 a special police unit has been tasked with monitoring and mapping the violence among rival groups of youths. There are believed to be around 40 different groups in Paris, mostly based in the outer arrondissements in the north and east of the city. Police are however reluctant to call them “gangs”, because they insist there is very little organisation and structure.

“These are just young people, who might be from the same arrondissement, block of flats or school. There might be a core of five or six, perhaps up to 10, but then they can grow very quickly if needed,” said Assioma. “And they can also dissolve pretty quickly too.

“There is no leader or structure like in organised gangs and they often just form for a spontaneous event for any kind of motive.”

Assioma's police colleague Jean-Michel Huguet added: “Even they don't know why the are fighting. There are often flash fights, with very futile motives”.

In the past youths would fight with crutches, sticks and baseball bats but but police have noted the worrying trend of knives being carried and used.

“They have no idea of the consequences that can come from carrying knives,”  Assioma said.

One factor that appears to be fueling the violence and making it harder for police to keep check on these groups is the use of social media sites to communicate and quickly call for reinforcements if they are needed.

“It's very complicated to follow these groups because they communicate in closed groups on Snapchat or WhatsApp,” Rocco Contento from police union SGP FO told BFM TV.

Police say social media sites also add fuel to the fire by exaggerating the importance of things that happen which can heighten tensions between groups.

For Assioma from the Alliance union, the solution to the violence is not just a task for the police. Schools, education authorities, neighbourhood groups and of course the government have a role to play.