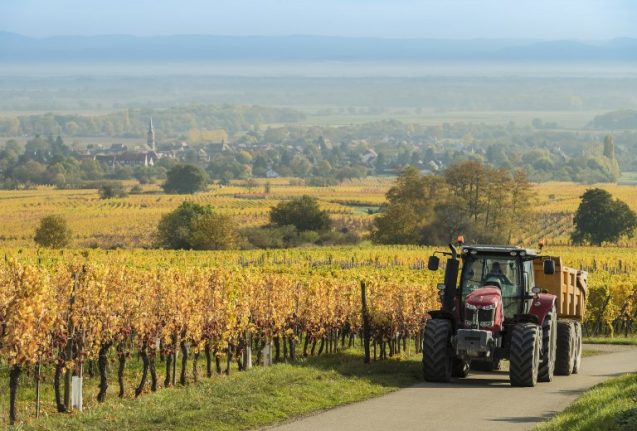 Photo: AFP
France has some 36,000 communes but there is no égalité when it comes to mobile phone coverage.
In fact, mobile telephone and internet networks are almost non-existent in 541 villages in France.
But hopefully the residents of even the country's most isolated corners should soon have access to phone networks and 4G just like everyone else, thanks to the new agreement which Secretary of State for Territorial Cohesion Julien Denormandie has called “historic”.
In an interview with Le Journal de Dimanche, Denormandie announced the agreement with France's four main telecom operators (Bouygues Telecom, Orange, SFR, Free) which “will change the daily lives of the French”.
The plan is expected to be rolled out over 10 years however 80 percent of the agreement will be completed by 2021-2022, he said.
READ ALSO: But despite Denormandie's confidence, some residents of France's hidden corners remain skeptical — after all, this isn't the first time they've been promised better coverage.
Retiree Jacqueline Basset who lives in Saint-Rémy-de-Blot, a village in the Auvergne in central France, told LCI: “This has never been a priority for the French state. I'll just wait and see.”
In 2016, The Local reported on a study from France's telecoms communications authority Arcep which showed just how stark the difference in mobile coverage across the country can be.
Unsurprisingly in Paris all four mobile operators — Orange, Bouygues Telecom, SFR and Free — had pretty much 100 percent coverage but down in the Dordogne, for example, things were different.
Unsurprisingly 4G coverage was far patchier in rural areas compared to the main cities with download speeds in parts of the countryside around 6Mbit per second compared to 30 Mbit per second in big urban areas.
According to the report, in general only between 21 percent and 35 percent of the country was covered. Although that figure was up on the 15 percent to 20 percent of the country covered by 4G the previous year.
Url copied to clipboard!