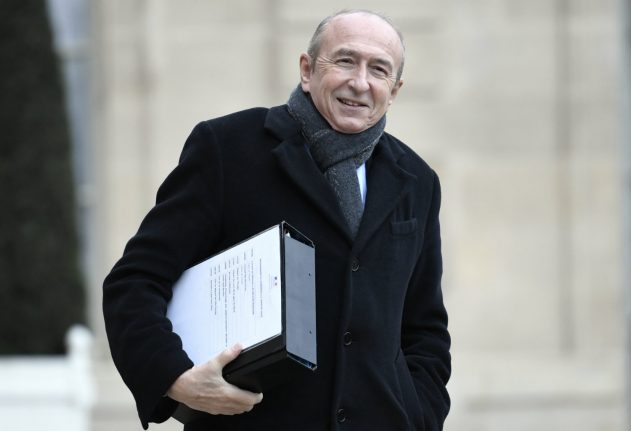 In an interview with Le Parisien daily published Sunday, Collomb said he would push to modify the Touquet accords signed in 2003, which effectively moved Britain's border with France to the French side of the Channel.

“I hope to add a new element to these agreements, and concrete measures regarding the coverage of certain costs by the British and the management of more people, for receiving refugees and unaccompanied minors,” he said.

His comments come as President Emmanuel Macron is to visit Calais on Tuesday, ahead of a meeting with British Prime Minister Theresa May in London on Thursday.

Hundreds of migrants are stilled massed near Calais more than a year after the huge so-called Jungle camp was cleared by the authorities in October 2016.

Collomb said about 400 people are now in the area, compared with more than 7,000 a year ago, and defended the government's efforts to find shelter and process asylum requests.

“It's impossible to adequately take in 185,000 people each year: that's a city the size of Rennes,” he said, referring to the Breton capital in northwestern France.