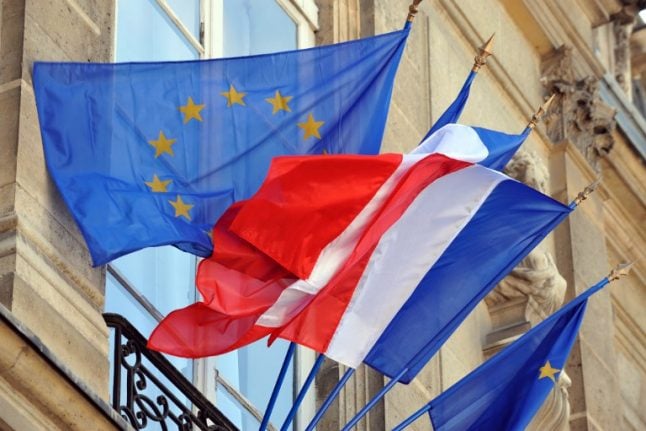 Anecdotal evidence from Brits in France suggested there had been a huge rise in the number applying to become French citizens since Brexit and new figures from the ministry of interior has confirmed it.

The ministry told Le Figaro newspaper that 386 British nationals lodged their applications to become French in 2015 – the year before the Brexit referendum, when it looked unlikely the UK would leave the EU.

The following year in 2016 that number had risen to 1,363 as uncertainty grew among Brits in France and the shock June referendum result of that year pushed many to apply.

And last year the numbers soared once again to 3,173 as thousands of Brits in France look to secure their futures in their adopted country and ease any worries about loss of rights after Brexit.

Over the same time frame the number of UK citizens who successfully obtained French citizenship grew from 320 to 1,518.

One of those who successfully applied was France-based British journalist Alex Taylor.

After picking up his French passport he tweeted: “A small personal victory over all Brexiters who did so much to remove our EU rights from some of us and our European identity.”

Those applying to be French were motivated by practical reasons such as a desire to avoid queues at airports and when crossing the Channel, as well as more Brexit related concerns such as ensuring continued healthcare and social benefits after Brexit, Le Figaro reported.

By gaining French nationality those Brits will ensure they not only have the right to vote in presidential elections in France but they will also guarantee their continued freedom of movement around the EU, something which Brits living in France currently look set to lose.

But as The Local reported last year, many applicants were also motivated by a loyalty they feel to France as well as a feeling of being cut adrift from the UK by the Brexit vote.

David Abbott, who moved to Niort in western France with his wife in 2004, was already looking into applying for nationality before the EU referendum result, but was also spurred on by the UK's vote to leave.

“We have long looked on France as our country and our home,” he told The Local.

“Each year that has passed has seen us become more and more estranged from the UK and the path it is following. Having studied philosophy and history I am more in tune with the ethos of France.”

“At the age of 71, I do not want to be thrown out of the country I love. I have much more in common and get on with French people rather than English people.”

Since Brexit private consultants that advise Brits on issues with French bureaucracy report being inundated with requests for advice and Brits have also set up Facebook groups where members applying for French nationality can share info.

Fiona Mougenot, who runs a consultancy firm to help immigrants in France is handling 20 applications for French citizenship by British nationals. Before Brexit she said she rarely had any applications from British citizens wanting to gain French nationality.

“Practical matters are important for our clients,” she told Le Figaro. “But for most the primary motivation is to stay European. Many who could not vote in the referendum are horrified by the prospect of Brexit and feel betrayed. France is vital to them because their lives are here, but beyond France it's Europe they don't want to abandon.”

Among the wave of applications are many bi-nationals, who may have the right to French citizenship but never applied because they wanted to avoid the bureaucracy and lengthy process.

Applications for French nationality can take around 18 months to process. Applicants, who must have been living in France for five years or married to a French partner for four, need a whole raft of documents, many translated into French. They also need to pass a French test to prove their language ability (see links below).

The process can be hard going, but it appears more and more Brits are prepared to take the plunge to guarantee their future in France and the EU.