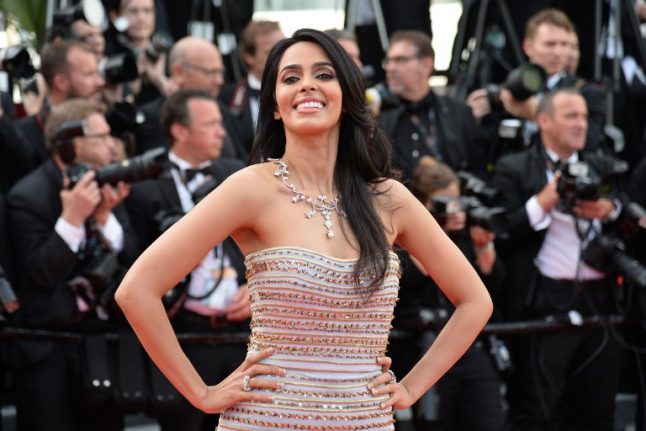 In a December 14 ruling seen by AFP on Tuesday, the court told Sherawat and her French husband Cyrille Auxenfans to pay 78,787 euros ($94,000) in rent owed and expenses, giving the green light for their furniture to be seized.

The couple, who in 2016 were tear gassed and beaten up in their Paris flat, began renting the apartment in the pricey 16th district on January 1, 2017, for a monthly sum of 6,054 euros.

But according to the owner they never paid the rent, making only a single payment of 2,715 euros.

At a hearing in a Paris court on November 14, a lawyer for the couple said they were in financial difficulty. The lawyer emphasised the “irregular” nature of Sherawat's work — an argument dismissed by the owners of the apartment who claimed she had earned tens of millions during the rental period.

Neither Sherawat nor Auxenfans replied to AFP's request for comment.

In mid-December the actress had denied having a Paris apartment.

“It's absolutely not true, if someone has donated one to me, please send me the address,” she tweeted in response to media reports about the case.

The couple may appeal the eviction order.

They cannot be thrown out until March 31, when a moratorium on wintertime evictions expires.

In November 2016 the actress, whose real name is Reema Lamba, was attacked at her flat as she returned home with her partner.

As they arrived at their apartment on Rue de la Faisanderie they were jumped by three men.

Without saying a word, the attackers, who had their faces covered by scarves, sprayed tear gas in their face before punching them in the face, according to reports in Le Parisien newspaper.

The men then fled, leaving their two victims shocked but not seriously hurt. 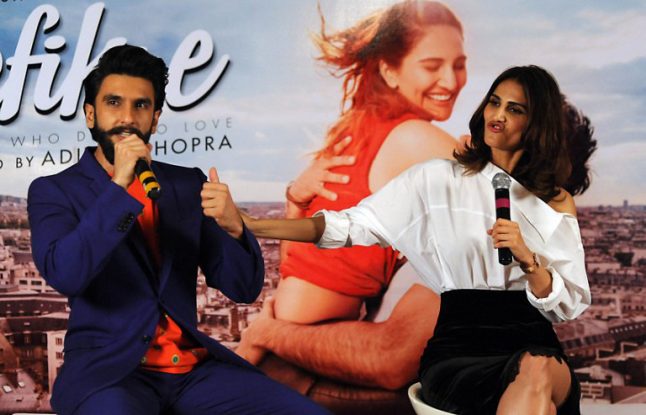 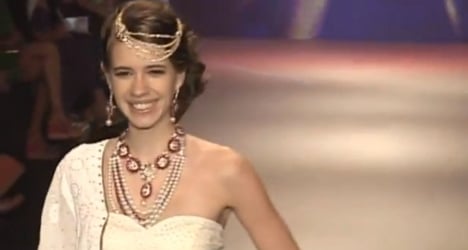 Indian Bollywood actors Ranveer Singh (L) and Vaani Kapoor attend a promotional event for the upcoming film "Befikre"
From the golden beaches of the Cote D'Azur to the roof of the Paris opera house and the historic bridges of the Seine, the blockbuster movie “Befikre” —  “Carefree” in English — is filled with picture postcard scenes of France.
The makers of the blockbuster movie, which hits Indian screens on Friday, say it is the first Bollywood production to be shot entirely on the French mainland.
For French ambassador to India Alexandre Ziegler the new movie, which features Bollywood star Ranveer Singh and Vaani Kapoor, is worth “all the marketing campaigns in the world”.
“In a country like India, the impact of movies on the dreams people have of visiting an unknown place and on the desire to discover is absolutely huge,” Ziegler told AFP.
“It is without doubt the biggest influence over travel today for the Indian middle classes.”
Top tourist hotspots around the world have recently focused on Chinese visitors, but are increasingly setting their sights on neighbouring India.
The country's burgeoning middle class is travelling abroad in growing numbers, with 50 million forecast to do so by 2020, up from just 20 million in 2014.
Last year 524,000 Indians travelled to France, a figure dwarfed by the number of Chinese and Japanese visitors but which is growing rapidly. Indian Bollywood actors Ranveer Singh (L) and Vaani Kapoor. Photo: AFP
Sophie Lacressonniere, marketing director of the promotional agency Atout France, says the Indian client base is also “resilient to security fears”, a key factor in the wake of recent attacks in France.
Other European countries have already enjoyed the Bollywood effect — the number of Indians visiting Spain doubled in 2012 after the release of the hit road movie “You Won't Get This Life Again”, parts of which were shot there.
Switzerland meanwhile has long loomed large in the imaginations of Indian travellers.
Its snow-capped peaks and quiet rural villages were immortalised in the cult films of the Bollywood director Yash Chopra, who died in 2012.
All of which meant the French authorities pulled out all the stops when they were first contacted by the makers of “Befikre” last year.
As with most Indian movies, the schedule was tight and the crew spent around 50 days shooting in France in the spring.
Lacressonniere says she is now working with French operators to try to organise tours that take in the places where the film was shot.
A model of Ranveer Singh will make its debut at Paris's Grevin wax museum next year, and more Bollywood projects are said to be in the pipeline.
Ambassador Ziegler believes that in the future France may even get as many Indian visitors as Chinese — 1.7 million of whom travelled there in 2014.
SHOW COMMENTS
Url copied to clipboard!