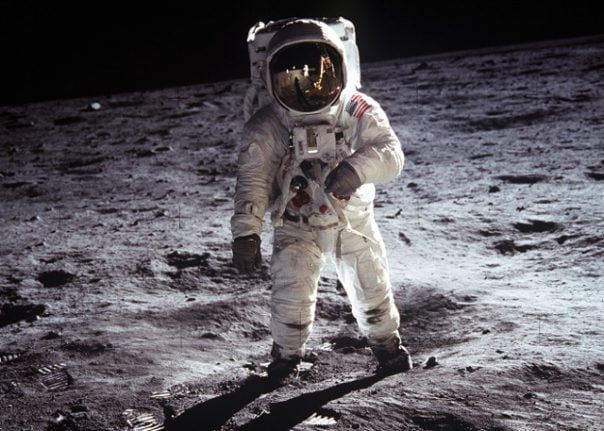 Photo: Wikicommons
The poll by the Ifop group on behalf of the Fondation Jean Jaures think-tank and the Conspiracy Watch organisation found that large sections of French society believed in theories with no grounding in established fact.
One of the best-known conspiracy theories — that the CIA was involved in the assassination of John F. Kennedy in 1963 — was believed by 54 percent of respondents, while 16 percent thought America had faked its moon landings.
A cause for concern to France's current centrist government, the most widely-held theory was that the health ministry was conspiring with pharmaceutical companies to conceal the danger of vaccines.
A total of 55 percent of respondents agreed with this — at a time when the government has raised the number of obligatory vaccines to 11 from three for all newborns to combat a resurgence in some illnesses. Photo: AFP
“I hope that… our country will return to the rationality that has always been its marker,” Health Minister Agnes Buzyn pleaded last Friday, adding that France was “a global exception” when it came to opposition to vaccines.
Other theories tested in the survey, published late Sunday, included that jihadist groups Al-Qaeda and the Islamic State were manipulated by Western secret services (31 percent agreed) or that AIDS was created in a laboratory and tested on Africans (32 percent).
One in 10 French people thought it was possible that the Earth was flat, while 18 percent believed that God created life less than 10,000 years ago.
Nearly half of the population (48 percent) lent credence to the “replacement theory” according to which the global political and media elite is organising for white people to be replaced by immigrants.
Of around a dozen theories tested, researchers found that 79 percent of French people believed in at least one of them.
The Jean Jaures Foundation, in a comment piece about the findings, said they were highly relevant at a time when so-called fake news was influencing democracies.
It said there was a clear correlation between people who voted for so-called populist political candidates, such as French far-right leader Marine Le Pen, and belief in conspiracy theories.
“The results of the survey confirm that we are facing a phenomenon that is not only real but also major, which cuts across our society and influences our collective views to a worrying degree,” the think-tank said.
The survey was conducted online on December 19-20.
Url copied to clipboard!