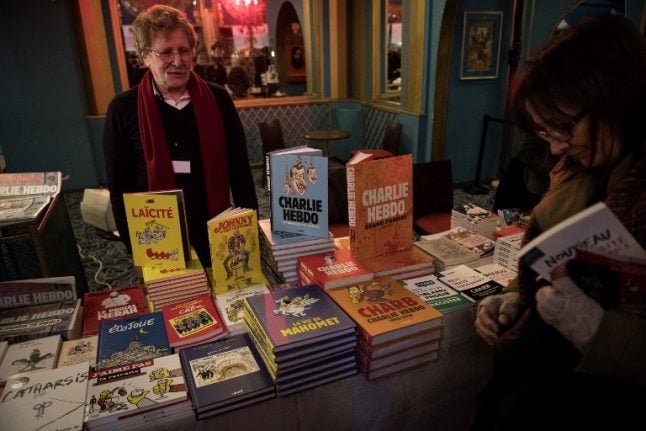 Republican and anti-racist groups organised several events on the eve of the third anniversary of the outrage to honour the memory of the 12 people killed in the attack claimed by Al-Qaeda.

The jihadists targeted the staunchly atheist magazine on January 7, 2015 for printing cartoons of the prophet Mohammed, forbidden in Islam.

The murders were the first in a wave of jihadist attacks across France which have left more than 240 people dead.

The publication lost five cartoonists and three other staff in the attack.

On Sunday, President Emmanuel Macron is due to remember those who died by visiting the Charlie Hebdo offices in the presence of victims' family members.

Four days after the attacks, more than four million people demonstrated across France under the slogan “Je suis Charlie” (I am Charlie) to remember the victims and in support of freedom of expression.

Three years on, the head of international anti-racist organisation LICRA, Mario Stasi, said he felt the “unanimity” of that occasion had dissipated, leading to Saturday's call for a public defence of free speech.

According to an Ifop opinion poll, just 61 percent of French now identify with “Charlie” as they did in the aftermath of the attacks — ten percent less than in 2015.