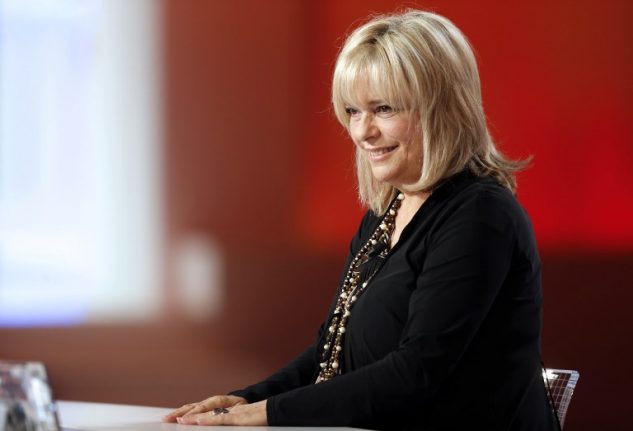 Gall, who became a star in 1965 when she won the Eurovision song contest as a strikingly blonde and slightly awkward teenager, had been battling cancer for two years and died in a hospital west of Paris.

During the peak of her career in the 1960s and 70s she formed partnerships with some of the most famed French musicians of the era, notably Gainsbourg, but also Claude Francois and Michel Berger.

She was the original inspiration behind the 1968 hit “Comme d'Habitude” made famous in its English rendition as “My Way” by American crooner Frank Sinatra.

Glam-rocker Francois wrote “Comme d'Habitude” about his split-up with Gall.

Later reworked as “My Way” by English performer Paul Anka, the song went on to become the Sinatra classic. As a 19-year-old, Gall said she hadn't understood that the lyrics could be interpreted as referring to oral sex and later said she would never have performed the song if she'd known.

After collaborating with Gainsbourg, she began a hugely successful partnership with Berger in 1974 and would go on to marry the songwriter two years later in a relationship that would be marked by tragedy.

He died of a heart attack aged 44 in 1992 and the eldest of their two children, daughter Pauline, who was born with cystic fibrosis, passed away five years later.

Gall disappeared from the public eye after Pauline's death in 1997, only to reappear in 2015 for a musical stage show featuring her numerous hits with her late husband.