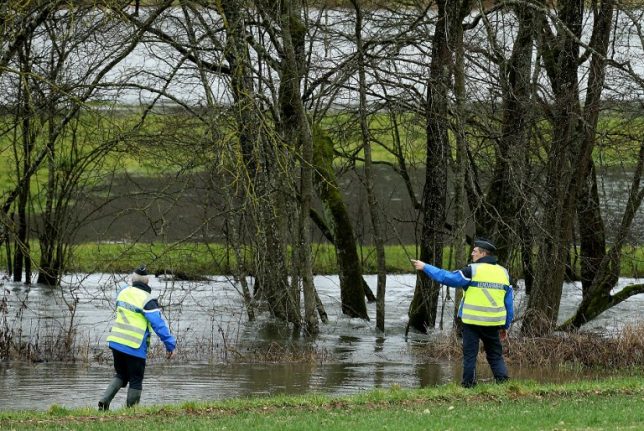 The storm has caused five deaths across France over the past few days, reported BFMTV.

The agency warned that rivers were likely to be hit by “significant flooding”.

Parisians, meanwhile, have been warned to take care this weekend due to the rising levels of the River Seine, which have already doubled from 1.6 metres to 3.2 metres in a week.

Water levels at the Austerlitz Bridge in central Paris on Friday afternoon stood at 3.26 metres compared to 2.31 on Monday and they are expected to reach a peak of four metres over the weekend.

A female police diver is still missing after she disappeared during an exercise in the Seine on Friday morning. Over 100 rescuers have so far been unable to locate the woman, 27. They resumed the search on Saturday morning.