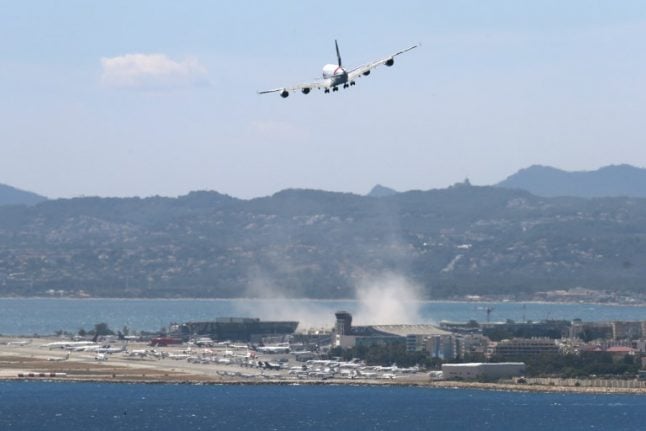 The Frankfurt bound flight took off from Nice airport as usual at 7.10am on Friday morning.

But as it gained altitude the flight was abruptly aborted after a huge shudder.

“We had just taken off but after 10 minutes there was a huge jolt. We thought it was the end,” one passenger told Nice Matin newspaper. “We were petrified but we stayed calm.”

According to reports the flight had been hit by a major technical failure in the cockpit which forced the pilots to turn the aircraft around immediately and head back to Nice airport.

The manager of Nice Côte d'Azur airport described what happened in rather less dramatic details, although he wasn't on the flight along with the frightened passengers.

“The plane was in flight when a light came on in the cockpit of the aircraft. The procedure requires the return on the tarmac.”

“After contacting the control tower, the aircraft landed quite normally,” he said.

The aborted flight caused several delays at the Riviera airport although flights were operating as normal and the runways were open.

Arrangements were being made to fly the passengers on the abandoned flight to their destination in Frankfurt.