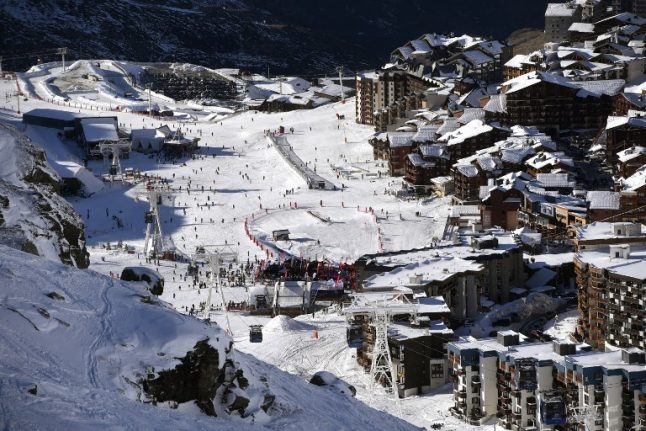 Storm Eleanor blew through France on Wednesday leaving one dead, 15 injured and 225,000 homes without power, scores of roads blocked and flights and train services severely disrupted.

By Thursday some 21 departments around the country were still on alert for various reasons.

Around the French coast it was the likelihood of high waves and flooding caused by strong winds and the high tides that meant orange alerts were in place.

While in the French Alps it was the threat of avalanches and high winds that meant orange alert warnings remained (see map below).

In Normandy and parts of the east of the country there remained a risk of flooding.

Around the coast the country's weather agency Météo France warned of abnormally high sea levels due to winds and high tides that will leave parts of the coast submerged. The public are advised to stay away from the water's edge.

Avalanche warnings are in place in part of the Alps including the Mont Blanc range due to heavy snow in recent days. The departments of Haute-Savoie, Savoie, Isère and Hautes -Alpes were on alert with the avalanche risk at level 5 – the highest – in many ski resorts.

“We have all the elements that could see avalanches, floods and landslides,” one Alps firefighter told Europe 1 radio.

France's interior ministry has warned skiers to take maximum precautions to stay safe with Météo France warning that avalanches could be triggered at anytime in any place due to the heavy snow.

Many of the higher ski stations in the Alps were closed on Wednesday due to the high winds which reached 150km/h high up the slopes. Many remained closed on Thursday.

At Val Thorens, Europe's highest ski station the 20,000 skiers staying in the resort were cut off from the world on Wednesday night after the access road from Les Menuires was closed.

The pistes remain closed due to the risk of avalanches with officials taking preventative measures to reduce the risk.

On Wednesday a skier in the Alps resort of Morillon was killed when he was hit by a tree blown over on to the piste in high winds.