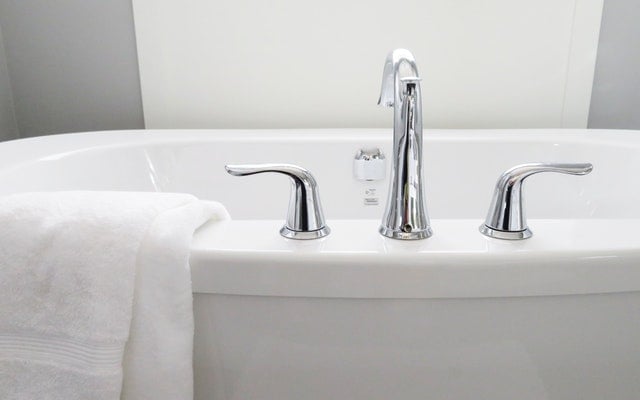 The incident took place at the home of the 21-year-old mother-to-be in the town of Saint-Martin-d'Hères near Grenoble.

The woman, who was eight and half months pregnant and just a couple of weeks from the due-date of the baby was found in her bath by her husband on Sunday December 31st.

He had popped out without his keys and was forced to break down his front door when his wife did not answer the door. He found her submerged and unconscious in the bath.

He called emergency services, but although medics tried to resuscitate the woman who had suffered a cardiac arrest, they were unable to save her. They were also unable to save the life of the baby.

Police have opened an investigation to find out the cause of death, but according to Le Dauphiné Libéré, the victim's mobile phone was found charging “in the immediate vicinity” of the bathtub and is believed to be the cause of the electrocution.

It is not clear at this stage what the woman actually did to cause the electrocution.

Her husband was reportedly admitted to hospital where he was treated for shock.

If the cause of death does prove to be the plugged-in mobile phone, then the incident was not a one off.

In July last year the family of an American teenager electrocuted in the bath release a photo and message (see below) sent by their daughter to a friend moments before she died in the hope of raising awareness of the dangers of charging your phone whilst in the bath. “She had her phone plugged into the extension cord and it was by the bathtub, and I did it, she did it, we all had sat there in the bathtub with our phones plugged in and played our games,” the girl's stepmother, told CNN at the time.

It later turned out the cord she used for charging her phone had been frayed.

In February last year an 18-year-old man died in a similar incident in western France, when he dropped his phone into the bath while it was plugged in.

And in 2016 a Russian teenager was electrocuted in the bath after using an extension lead to plug in her phone as she took a bath.

Warnings were also issued after a British man died when his iPhone charger came into contact with the bath.

British charity Electrical Safety First said the death highlighted some of the dangers of having electrical appliances around water.

Product safety manager Steve Curtler told the BBC at the time that people would not get electrocuted from a mobile appliance such as a laptop or mobile phone if it was not being charged.

However, connecting a mobile phone to a charger plugged into the mains electricity supply increases the risk of harm, he said.

“Although the cable that is plugged in to your phone is 5V, somewhere along the line it's plugged into the electricity supply and you're reliant on that cable and a transformer to make sure you don't get into contact with the main voltage,” said the expert.

“You're wet, which conducts electricity a lot better; you're in the bath with no clothes on, so skin resistance is less. You're vulnerable in the bathroom.”

In short, people are advised not to take any electrical appliances in the bathroom.