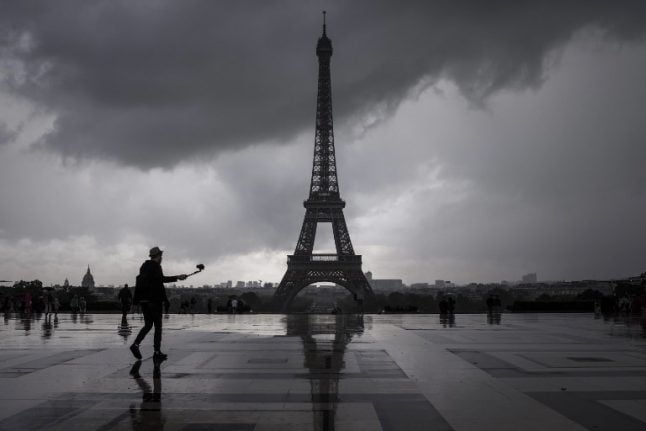 Storm Eleanor is set to sweep the country in the wake of Storm Carmen, starting from Tuesday night, and national weather agency Météo France has issued an 'orange' weather warnings.

The warning, the second most severe, was extended to 48 of metropolitan France's 96 departments on Tuesday afternoon, after it was initially put in place for 21 departments earlier in the day.

Gusts of up to 120 km/h are expected on the coast, according to Météo France, while wind speeds could reach 110 km/h in inland areas. The winds are expected to last for between 12 and 18 hours before subsiding on Wednesday afternoon.

Under the orange warning, residents are expected to be “very vigilant” when spending time outdoors or travelling. Of those, the majority of the areas at risk — mostly in northern and eastern France, as well as the island of Corsica, were on alert for strong winds, with the public warned to look out for falling trees and other objects, and advised not to go out onto roofs of buildings.

Meanwhile, parts of the north-western coast were on alert for high waves, and the Gironde and Charente-Maritime departements were at risk of flooding. In these areas, Météo France said residents should stay away from the sea and avoid beaches and the coastline as much as possible.

Most of the rest of the country has been placed on yellow alert, the level below orange, which means residents should be careful if taking part in activities which are sensitive to weather-related risks.