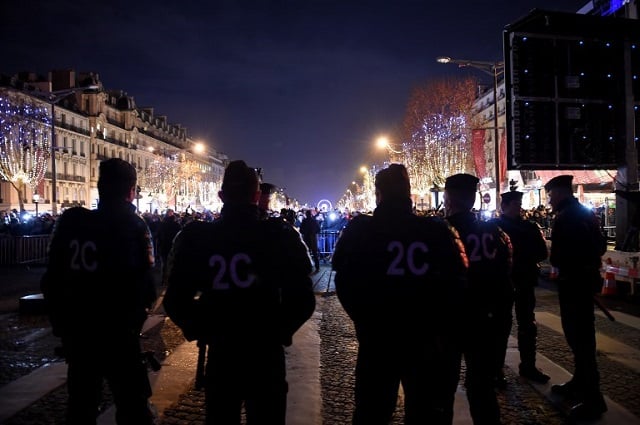 The number of vehicles set alight on the night of December 31st climbed from 935 a year ago to 1,031, while arrests rose from 456 to 510, the interior ministry said on Monday.

Violence also marred celebrations in the Paris suburb of Champigny-sur-Marne, where two police officers were attacked by a large group of people at a party.

French President Emmanuel Macron took to Twitter to denounce the “cowardly and criminal lynching of police officers doing their duty” and warned that the culprits would be “found and arrested”.

“I regret that incidents like yesterday can happen but overall people were able to enjoy New Year's eve in a peaceful manner,” Interior Minister Gerard Collomb said Monday.

Some 140,000 security and emergency forces were deployed across France on New Year's Eve. The country has been on alert following a wave of jihadist attacks that have killed 241 since 2015. “Vehicle fires are often associated with a context of riots and urban violence. It can also be a ‘game' to break the monotony, or it could be motivated by vengeance after a violent arrest. Or it could just be to get rid of a car used in a crime or as an insurance scam.”