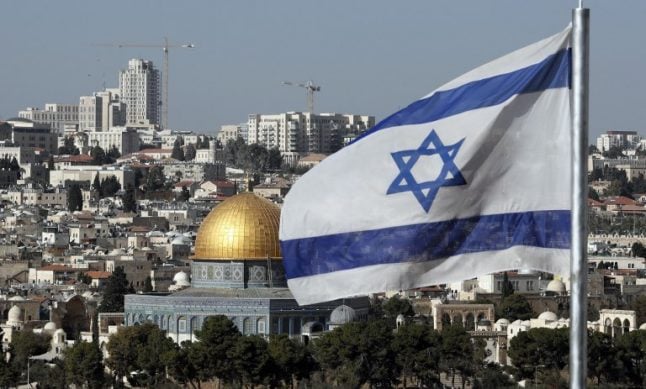 Photo: AFP
The article in the latest edition of the monthly Youpi magazine, which is aimed at children aged five to eight, caused uproar on social media, with the Israeli ambassador to France saying that she was saying she was “shocked” and French Jewish groups calling for the magazine to be removed from shops.
The offending article said that “there are 197 countries, like France, Algeria or Germany.”
“There are a few more, but not all other countries in the world agree that they are real countries (for example the State of Israel or North Korea),” it stated.
Israeli ambassador Aliza Bin Noun tweeted that she was “shocked at this lie taught to children. Such rhetoric can only incite anti-sionism, which is inseparable from anti-semitism, as President Macron has reminded us.”

Francis Kalifat, the president of the Jewish umbrella group Conseil Représentatif des Institutions Juives de France (CRIF), wrote a letter to the publisher of Youpi magazine to “express (his) indignation, to ask him to withdraw the magazine from sale, an in the next edition to publish an article on Israel, on its is history and its legitimacy.”
Bayard Jeunesse, the publisher, quickly agreed to pull the publication from newsstands and apologised for its “error.”
“We apologise to anyone who may have been offended. Israel is among the states recognised by the United Nations and is recognised as such by Youpi,” it said on Twitter.

Israel was founded in 1948 after a UN vote on the partition of Palestine.

US President Donald Trump's recent decision to recognise Jerusalem as the Israeli capital has triggered Palestinian protests and was rejected by a UN General Assembly resolution.

Israelis see the whole of the city of Jerusalem as their undivided capital, while the Palestinians view the east as the capital of their future state.