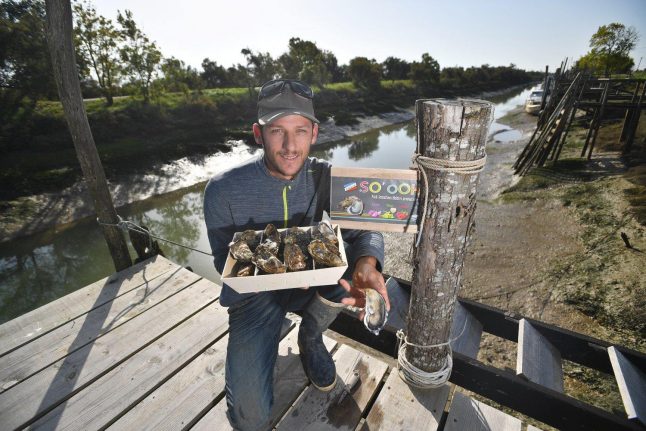 “It was pretty discouraging at first when I had to throw out 90 percent,” the lanky oyster farmer says, a baseball cap shielding his blue eyes. “Now I have a 95-percent success rate.”

The process, which Dubault has patented, involves plunging the oysters into a tank of sea water laced with lemon extract for between two and 12 hours.

The oysters naturally pump the water through sieve-like gills, becoming impregnated with the flavour.

The technique may seem simple but “there are 16 steps to the process, and if any one of them isn't done correctly the result is failure,” says Dubault, who farms some 40 tonnes of the bivalves each year off Marennes, France's oyster capital on the west coast.

Dubault, who says he got the idea from customers at his market stall constantly asking him to throw in a lemon along with their purchase, began marketing the pre-flavoured oysters in October and has found buyers from Belgium to Hong Kong.

He won recognition for his invention at a seafood trade fair in Brussels last April when he said Chinese visitors congratulated him, saying they had been attempting a similar feat for seven years.

The nod in Brussels encouraged Dubault to set up his company, called So'ooh, to market the novelty.

Targeting Asian clients, he has created a ginger version, while oysters flavoured with muscatel, the sweet fortified wine, are aimed at the Italian palate.

Next year he plans to add grapefruit and mirabelle plum to his flavour menu, Dubault says, while truffle and pepper versions will follow for the next end-of-year holidays.

“People have asked me to add chocolate, but I say no way!” he exclaims. Of all his customers, the French are the hardest to win over, he says, calling them “purists”.

But he is hopeful, having recently signed on with a major supermarket chain. “People eat flavoured yoghurts and drink flavoured water, so why not oysters?” he asks.

Then there are his raspberry-flavoured oysters, aimed at young people. It is a future-looking strategy, since the average age of oyster lovers “is fairly advanced”, he says.