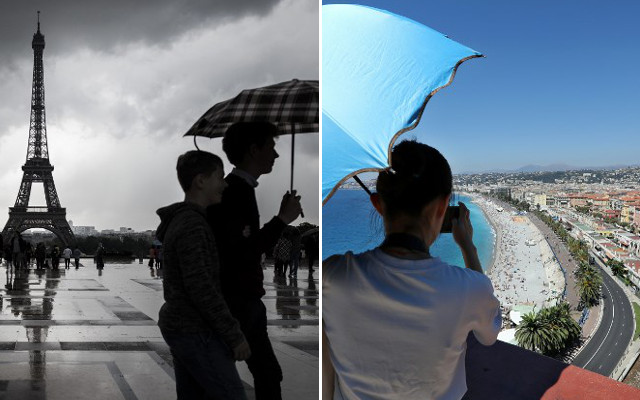 Photos: AFP
Living in the French capital might be a dream for many but apparently not for native Parisians.
A report published this week by French national statistics agency Insee showed that while in 1999, 70 percent of people born in the greater Paris region of Ile-de-France still lived in the city, that figure dropped to 68 percent in 2006.
And the most recent figures show that has dropped again to 66 percent.
It is estimated that a whopping third of French-speaking Paris natives, which amounts to 3.5 million people, have chosen to start new lives elsewhere in France.
But why are they leaving?
According to the study the reasons behind the exodus include the cost of housing, professional reasons or issues of living environment, especially when it comes to having children and retirement.
And it probably won't come as a surprise that the phenomenon tends to affect older Parisians who have perhaps had enough of big city living more than their younger counterparts.
The trend mainly concerns people over the age of 60, with just 49.8 percent of those born in the region still living there (compared to 53 percent in 2006).
And where are they going?
At whatever age Parisians decide to leave their home, they are overwhelmingly choosing to ditch it for the sunnier climes of southern France.
The Nouvelle-Aquitaine region in the south west of France drew 14 percent of Parisians moving away from the capital, and the southern Occitanie region, Provence and the Alpes-Maritimes department also proved alluring for natives of the French capital. Provence. Photo: François Philipp/Flickr
Unsurprisingly the French Riviera also proved a big draw, with 12 percent of Paris deserters choosing to make their lives there.
But not all native Parisians felt the pull of the south, with 10 percent of them choosing the Centre-Val de Loire region, geographically close to Paris as their new home.
The map below shows where in France Parisians are settling.