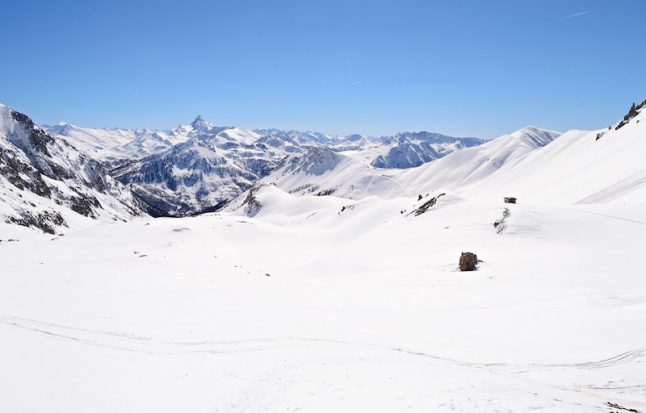 It was one of several such incidents in recent months, according to rescuers, who say the situation has reached “emergency level”.

On Wednesday afternoon, members of CNSAS Piemonte – a voluntary mountain rescue organization in Piedmont – reached the group of six just below the Colle della Scala, an Alpine pass that connects north-west Italy with France, after they had walked for several kilometres in the snow.

“They were visibly cold and poorly equipped, but they didn’t want to turn back so close to their final destination,” CNSAS said in a Facebook post.

The rescuers offered to take the migrants, all said to be of African origin, back to the town of Bardonecchia, but they refused.

“We told them every way we could that they were risking their lives by continuing – they were in gym shoes and tracksuits and were completely soaked,” one rescuer told La Repubblica.

Instead rescuers monitored the migrants as they continued towards the border, watching them until they reached the tunnel under the Alps that links Italy and France. French gendarmes were waiting for them on the other side, according to the Italian volunteers.

“The migrant situation in Bardonecchia has reached emergency level,” the president of CNSAS Piemonte, Luca Giaj Arcota, told Ansa. The group has been called out numerous times in the past few months to assist people who have got lost or injured trying to make the crossing, he said, most of whom are determined to continue the journey despite the danger to their lives.

“We can’t stop them heading out into the snow, but we need to prevent others undertaking the journey before any more serious incidents occur,” Giaj Arcota said.

In summer months Italy stationed soldiers at the entrance to the 13-kilometre tunnel under the Alps to prevent migrants making the crossing, prompting some to attempt the journey through the mountains on hiking trails.

Rescuers are calling for additional support from the authorities as people continue to undertake the crossing in winter. “It’s a civil protection emergency,” La Repubblica quoted one as saying. “We need more support from the border protection forces.”

Hours after rescuers assisted the group of six, they told the newspaper, they saw another three people set out from Bardonecchia, again without proper equipment and against the rescuers’ advice.