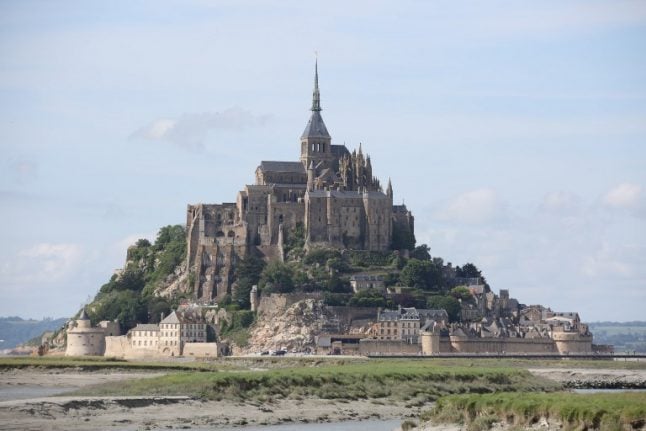 Photo: AFP
Each year roughly 2.5 million people visit the stunning hilltop abbey of Mont Saint-Michel which stands just off the Normandy and Brittany coasts in north west France.
But those tourists could have it so much better, according to new reports which blast the treatment of visitors to the UNESCO World Heritage site.
Normandy's social, economic and environmental council (CESER) as well as the region's accounting body CRC have both listed reasons why Mont Saint-Michel needs to up its game.
The 19-page CESER report lists “a series of malfunctions and recurrent problems around the reception of tourists.”
Among the problems it lists are the “overcrowded shuttle buses” that take visitors from the car park to the site, “roads regularly clogged with traffic” and “the low quality of shops, restaurants, museums and lodgings on offer that are frequently criticized.” Photo: AFP
The site is also criticized for offering a lack of information to visitors and those that work there have been singled out for being unfriendly to tourists.
Jean-Luc Léger who is in charge of CESER criticized the bad management of the site. “The airplane needs a pilot,” he told France 3 TV.
He also criticized the emphasis on revolving door tourism.
“A tourist comes and the main goal is that they leave as quickly as possible in order to be replaced by another one. It needs a policy of building up loyalty,” he told France 3.
Léger also criticized the tourism professionals for concentrating their efforts on international visitors and forgetting that there are many potential visitors from the surrounding regions. A C-130J Super Hercules flies past Mont Saint-Michel. Photo: AFP
The council does however comment the long term work done to restore “the maritime character” of Mont Saint-Michel that allows the sea to once again surround island.
The work, which involved clearing away silt, building a dam on the Couesnon river as well as building a new car park 2.5 kilometres from the island was described as an “aesthetic success” by CESER.
However the council raised concerns about a lack of financing that will keep the dam functioning in order to maintain the Maritime character of the site.
THE CRC suggests raising the price of parking and demanding more financing from France's Centre for National Monuments to help with the funding shortfall. 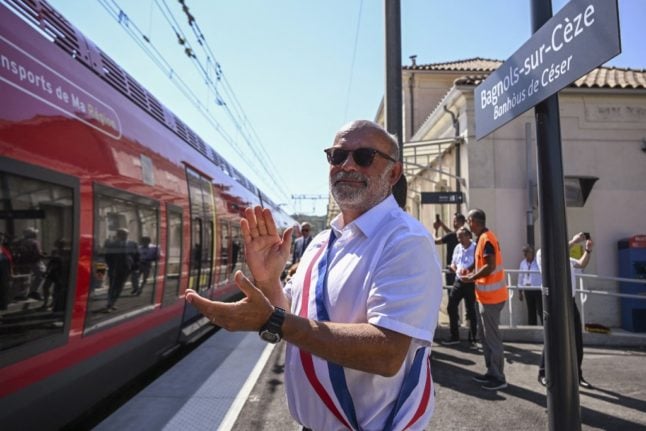