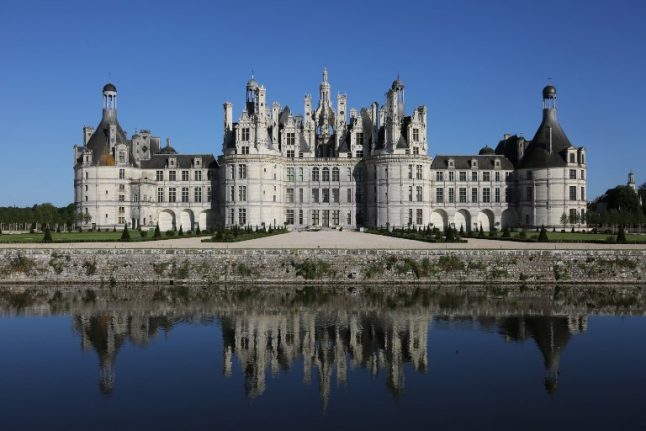 Macron, who turns 40 on Thursday, spent the weekend at the chateau in the Loire Valley estate of Chambord with his wife Brigitte and extended family, staying in a cottage on the vast grounds and enjoying a dinner in one of the castle's 440 rooms.

Although the Elysee Palace said Macron and his wife were using private funds to pay for their stay, the choice of venue was criticised by several French politicians.

“It's a reasonable cost for a president who wants to entertain his family to pay,” Macron said in a joint interview with AFP and RTL radio Sunday.

“We can't fall into this sad state of mind when people always wish to see symbols.” He added that the trip was intended as an “early Christmas” with the family.

Macron, a media darling during his campaign, has seen his image as a monarchical or even “pharaonic” leader climb from the night of his election in April.

“Why is he celebrating his birthday at Chambord?” asked radical-left firebrand Jean-Luc Melenchon, quoted in the newspaper Le Figaro.

“What a strange idea! I am so republican that everything about royal symbols exasperates me, I find it ridiculous,” he said.

“Eras go by but the oligarchy remains cut off from the people,” he said.

Commissioned nearly 500 years ago by King Francois I (1494-1547), the immense chateau remains the largest of the Loire grand estates, boasting 365 chimneys and a 5,500-hectare (21-square mile) estate.

It also has boasts the largest enclosed forest park in Europe, a long-time favourite for presidential hunts.

The chateau, which attracts some two million visitors each year, has been listed as a regional UNESCO World Heritage cultural site.