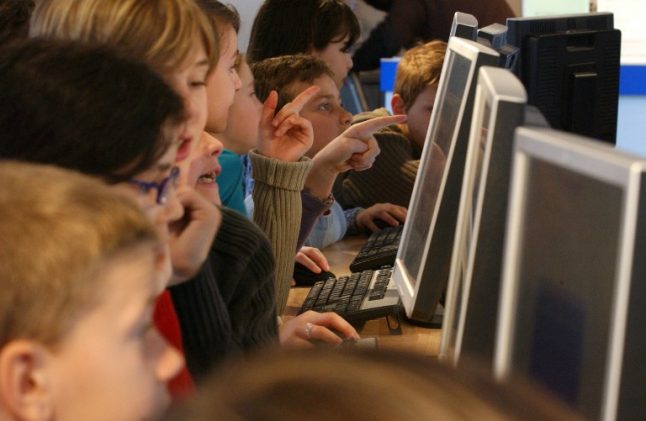 New legislation has been put forward as a part of a bill that seeks to adapt dated privacy regulations and improve access to the information internet companies gather, store and in many cases sell to other firms about people's online activities, Reuters news agency reports.
“Joining Facebook will involve parental authorisation for minors aged under 16,” Justice Minister Nicole Belloubet told reporters.
The minister said the block would work by including a tick box that would need to be clicked to show that parents of rightful guardians had given their approval. The tick box would amount to a declaration government by law.
But while parents might like the idea would it really be enforceable? How will social media sites be able to check the real age of those who sign up? And what about all the under 16s who have already signed up, will be they be made to tick a box? Currently Facebook demands its users are at least 13, but in reality many who are younger sign up and declare they are old enough.
The draft bill was approved by the French cabinet but will now have to get the green light from parliament.
This week France's Education Minister jean-Michel Blanquer said that mobile phones would be banned from primary and middle schools from September 2018.
Phones are already banned in the classrooms in France but from September next year, pupils will be barred from taking them out at breaks, lunch times and between lessons.
“These days the children don't play at break time anymore, they are just all in front of their smartphones and from an educational point of view that's a problem,” said Blanquer.
But it is not clear how the ban would work. There are suggestions that schools will have to provide lockers where pupils can keep the phones. Teachers also fear they will be asked to search pupils to make sure no one is flouting the ban.
“We are currently working on this [ban] and it could work in various ways,” said Blanquer. “Phones may be needed for teaching purposes or in cases of emergency so mobile phones will have to be locked away.”
For the education minister the issue of mobile phones and tablets is a matter of “public health”.
Url copied to clipboard!