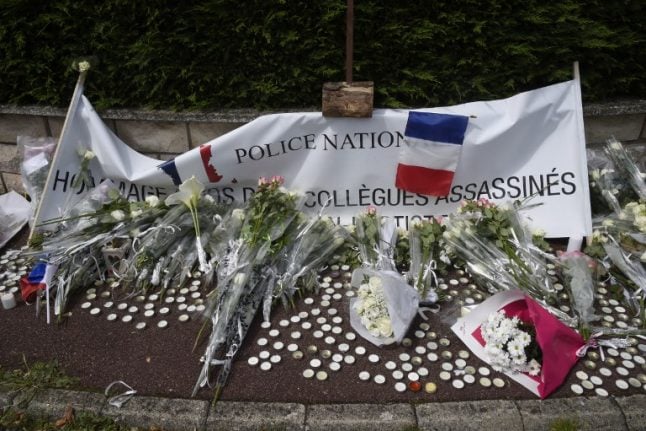 The 24-year-old has been linked to Larossi Aballa, the Islamic State extremist who claimed the June 2016 attack in a live video from the murder scene before being killed by police in a shootout, the sources added.

The suspect, who was not on a terrorism watchlist but was known to be radicalised, was arrested in the western Paris suburb of Les Mureaux.

His brother has already been charged with providing logistical assistance to Aballa, whose chilling attack — one in a string of assaults in France
since January 2015 — caused shock in police ranks.

Aballa stabbed police captain Jean-Baptiste Salvaing to death outside his home in Magnanville, 60 kilometres west of Paris, and then slit the throat of
his companion Jessica Schneider in front of the couple's three-year-old son. In a Facebook Live video from the scene, he called for further terror attacks.

The man arrested Monday was already investigated over a foiled attack by a group of female jihadists who tried to set set fire to a car containing gas
canisters near Notre-Dame Cathedral in Paris in September 2016.

Charged with failing to report that plot, he spent four months in preventive custody before being released in January.

Investigators believe that a notorious French IS member, Rachid Kassim, directed both attacks from the Middle East, using the encrypted Telegram app.

Kassim is believed to have been killed in a coalition air strike near the Iraqi city of Mosul in February.