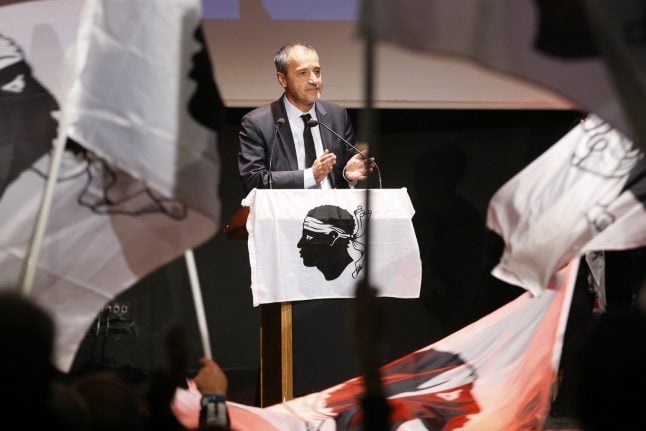 The outcome is widely expected to pose a new challenge to President Emmanuel Macron who will have to decide whether to cede some control or maintain France's tradition of highly centralised government.

The governing Pe a Corsica (For Corsica) alliance — made up of the pro-autonomy Femu a Corsica (Let's Make Corsica) and pro-independence Corsica Libera (Free Corsica) — won 45 percent in a first round of voting last Sunday.

They are expected to extend their gains in the final round on Sunday that will see them dominate a new regional assembly which will begin its work at the start of 2018.

The vote comes amid a political crisis in Spain — with potentially major consequences for the European Union — following efforts by Catalan nationalists to break away from Madrid.

The leaders of Pe a Corsica have stressed throughout that their short-term goal is greater autonomy, rather than independence from France — not least because the mountainous island is dependent on state spending.

They have formulated three core demands: they want equal recognition for the Corsican language along with French and an amnesty for convicts they consider to be political prisoners.

They also want the state to recognise a special Corsican residency status — which would be used to fight against property speculation fuelled by foreigners snapping up holiday homes.

Opinion polls show that most of Corsica's 330,000 residents, many of whom live off seasonal tourism or are employed in the public sector, want to remain in France.

Even separatist leader Jean-Guy Talamoni — nicknamed by some “the Corsican Puigdemont” after the Catalan leader — suggests the island would split from France in 10 or 15 years at the earliest, if a majority supported it.

“An economically viable Corsica — I don't think we'll see it in my lifetime,” a Corsica specialist at the University of Bordeaux, Thierry Dominici, told AFP last week.

That is not the case for Catalonia, where separatists complain that their wealthy region, representing a fifth of Spain's economic output, pays more than it gets back into national coffers.

The mountainous island, famed for having some of the best beaches in Europe and for being the birthplace of Napoleon, was once a hotbed of violent anti-French militancy.

READ ALSO: Corsica: Why France's 'Island of Beauty' is not the new Catalonia