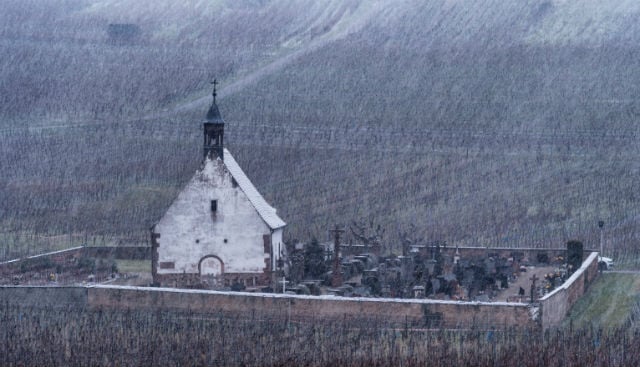 The snow is back, or at least that's what the French forecasters say.

Parts of northern and eastern France, as well as Normandy and the Île-de-France region around Paris could see snowfalls on Friday evening, according to forecasters Météo France, as the mercury dips once again. While sleet showers are predicted for earlier on Friday Météo France predicts they could turn to snow later in the evening when temperatures dip.

Weather site La Chaine Météo also had this to say: “Coming from Normandy, more significant snow showers will spreading over the IÎe de France region and the capital. At the end of the day, as night falls and temperatures drop, snow showers will become more frequent.”

A closer look at the Île-de-France region around Paris shows were the snowfalls could be although with temperatures likely to remain above zero, those who dream of waking up to white blanket on Saturday might have their hopes dashed.

However if temperatures dip later on Friday night then there is the danger of ice.

READ ALSO: IN PICTURES: What France looks like as a winter wonderland