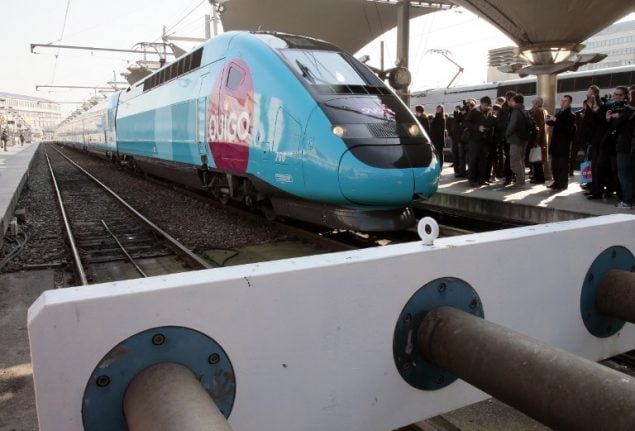 From December 10th the low cost TGV service “Ouigo” will operate from Gare Montparnasse in the heart of Paris, where as previously the nearest station to Paris where you could jump on a Ouigo was Massy-TGV to the east or Charles-de-Gaulle airport.

Ouigo trains will operate to towns in the the west and south west including Bordeaux, Angers, Angouleme, Nantes, Rennes and Poitiers.

The difference between Ouigo trains and normal TGVs is that there is only one class, so the equivalent second class. And there is no bar. On top of that you will have to pay to bring extra baggage.

You'll need to arrive 30 minutes before departure time, tickets are non-refundable and changes to reservations cost €10. The airline is marketing itself towards millennials. For more information click here. As of December 1st, it will no longer be possible to rent out a Paris property on an online rental platform without it first being registered with the authorities.

Landlords have been able to register their properties with the Paris authorities since October 1st and from December 1st registration is obligatory.
This will affect several popular sites including Airbnb, Homelidays and Abritel, with all listings required to display a registration number. Paris City Hall says some 10,000 properties have already been registered.
Anyone who rents out their main residence, even for a few days risks a €450 fine. But the fines can reach €50,000 for those who rent out a secondary residence without permission from the Town Hall.
For more information CLICK HERE.

This is not a law change but a fact of life according to consumer group UFC Que-Choisir and it's bad news for anyone who hasn't bought their Christmas presents.

They have noticed how the price of games shoots up in December as Christmas approaches. After falling in the months of October and November the price rise is obviously linked to Christmas and will keep rising the nearer the big day comes. So get to the shops!

Obligatory Crit'Air car stickers rolled out in Annecy and Toulouse

From December onwards anyone driving in Annecy and Toulouse will have to display a Crit'Air sticker on their car. The anti-pollution stickers, which show how old/polluting your car is have already become obligatory in Paris but Annecy and Toulouse are among several French towns following the lead. Almost every month there is a change to gas prices in France. And for the third consecutive month gas prices from the main provider Engie are on the rise. The hike will work out at an average of 0.97 percent compared to November, depending on how much you use.

While prices are on the rise, they have actually fallen by some 16.6 percent since the beginning of 2014. From December 1st, France was meant to end the system where patients pay up front for a visit to the doctor. However the new government has postponed the reform, meaning doctors can still ask for all or part of the payment up front.

However some patients won't have to pay up front including pregnant women and those with long-term illnesses.

As for ending the system of payments, the government is still deciding the best plan of action and will release a report in March.

Tax payers in France have until December 19th to make an ammendment on their tax declarations if they fear they have made a msitake. After that date you will pay the penalty.