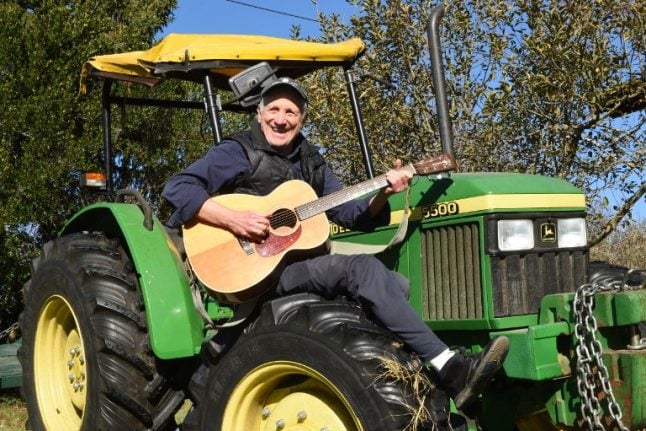 Country music's "missing outlaw" Daniel Antopolsky. Photo: AFP
Unless you were doing drugs with the legendary American country singer Townes Van Zandt in the early
1970s you are unlikely to have encountered the gentle genius of Daniel Antopolsky.
The singer-songwriter, who has been dubbed the “missing man of country music's Outlaw Era”, disappeared off the radar for four decades before resurfacing in rural France where he has pulled together years of songs into his first-ever albums.
And he has released three in the last three years.
The title song of the first, “Sweet Lovin' Music”, was written in a hotel room in Dallas in 1972 with Van Zandt as he finished the country classic, “Pancho and Lefty”, which went on to be covered by Bob Dylan, Emmylou Harris, Willie Nelson, Merle Haggard and Steve Earle. Photo: AFP
Sitting with his guitar surrounded by chickens on his small organic farm near Bordeaux, Antopolsky remembers the day well.
“There was a big Christian gathering in the city so we stopped at a hotel and each of us worked on our songs,” he told AFP.
He sang “Sweet Lovin' Music” to Van Zandt, and his friend said, “It's a beautiful song. It would make a great title track for an album.”
Nearly half a century later that album was finally recorded in Nashville by the Grammy-winning producer Gary Gold, who called Antopolsky “a jewel in the rough… a missing piece of our musical culture”.
At 69, Antopolsky has no great plans to go back on the road especially since he admits to “being afraid of singing in front of people”.
Saving Townes Van Zandt
He put his dreams on hold after Van Zandt — a troubled genius whose addictions would later catch up with him — overdosed on heroin in front of him in Houston in 1972.
The pair, who had been on the road touring together for several months, had been drinking and taking drugs and Antopolsky, then 24, panicked — afraid that his friend was dying and that he would end up in jail.
But he managed to revive Van Zandt and get him to hospital where doctors saved him.
That was the last time they saw each other. Antopolsky returned to Georgia and Van Zandt died in 1997 when his heart finally gave out after years of substance abuse. Photo: AFP
“My fear of needles saved me” from a similar fate, Antopolsky told AFP.
He fondly recalls their time together, setting off on a madcap road trip to see Van Zandt's horse in Colorado after they met in a coffee shop in Georgia.
They took in Nashville, Atlanta and Texas as they zigzagged across the country, playing to anyone who would listen. “Townes was a troubadour, funny and handsome,” said his old friend, who was born in Augusta to a Jewish family that ran a hardware store.
His mother, who would die when he was 10, fell ill after his birth and he was brought up by Franny, a black woman who introduced him to the blues and gospel.
Antopolsky wrote his first song while still in high school — when he also lost his Polish-born father.
Authentic as 'early Dylan'
Shaken by the brush with death with Van Zandt, he set out on his own spiritual journey on the hippy trail through Iran, Pakistan and India to Myanmar and beyond.
Returning to the States, he met a young French medical student, Sylvia, and moved with her to southwest France's wine country where they set up an organic farm. She worked as an obstetrician while he did up the old farmhouse.
He continued to write songs at night on his guitar and banjo after their twin girls had gone to sleep. Speaking to Rolling Stone magazine, Gold said Antopolsky's ballads have the same authentic quality as “early Dylan stuff”.
“I'm just a songwriter who's written a lot of songs (486) over a long period of time who had the benefit of not succeeding,” he insists dryly.
“If I'd had success, I don't think I'd have all these songs. I wouldn't have the same perspective.”
Unlike his old friend Van Zandt's sad poetic ballads, Antopolsky's are more upbeat, hopeful and humorous in the case of the one about his hens.
Despite a documentary about his rediscovery, “The Sheriff of Mars”, and an invitation to play at the prestigious South by Southwest festival in Austin, Antopolsky isn't about hitch up and start touring again.
He is quite happy to stay on his farm, playing the odd concert and observing the seasons and deer, wild boar and birds that visit his 12 hectares.
“You should be happy with what you have,” said the man with the laughing eyes.
By AFP's Alexandra LESIEUR 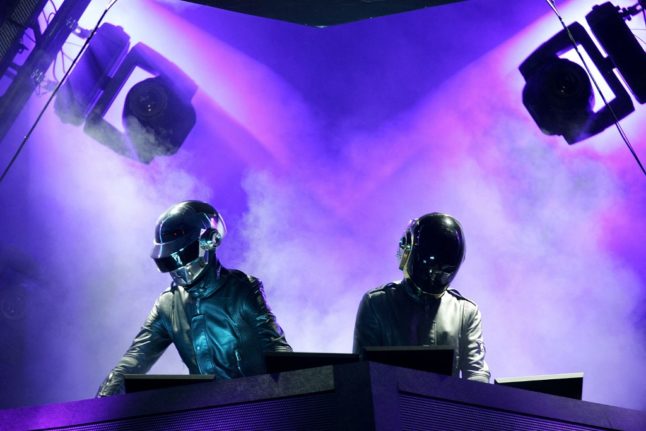 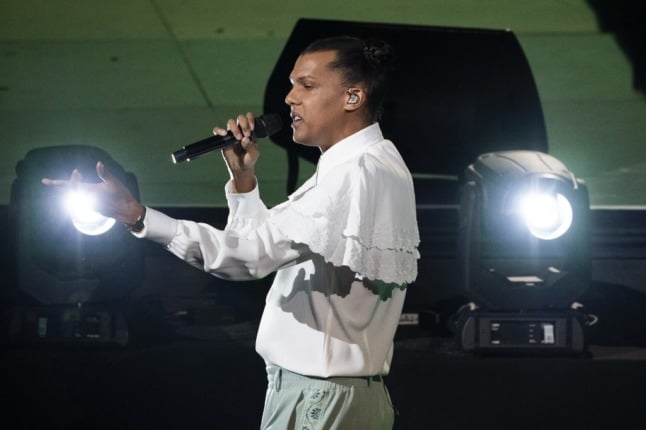