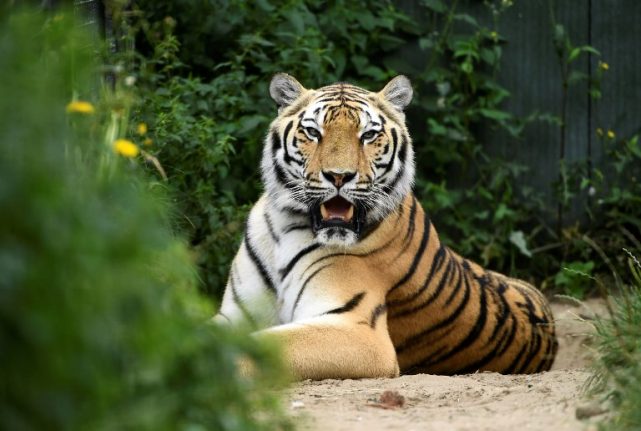 Firefighters were called shortly before 1700 GMT by people who saw the 200-kilogramme (440-pound) animal wandering around the 15th arrondissement in the southwest of the French capital near the office of France Televisions.

As the story spread on social media, Paris's transport authority briefly suspended traffic on a tram line in the area, which resumed with police authorisation.

Images posted online showed the tiger lying on the ground, bleeding heavily from what appear to be gunshot wounds. Several individuals, presumed to be circus staff surround it and shine torches on the body.

After the incident Paris police wrote on Twitter that the risk had passed.

The tiger escaped from the Cirque Bormann-Moreno, which had just moved to the area and planned to open its doors to the public on December 3.

“The owner was in shock. When we arrived the 200-kilogramme tiger was already dead,” Valerian Fuet, a spokesman for the firefighters, told AFP.

Omg if I hadn't gone to uni early I probably would have crossed paths with the tiger on the loose, it was literally on my commute two tram stops from where I live #RIP #tigre

The animal was shot in an alley, he said, “it was not in the street, there were no passers-by”.

The owner was taken into custody after the event, according to a police source. A police investigation has been opened into the incident.

Fuet said the body must be either taken back to the circus or to a clinic for an autopsy.

The Brigitte Bardot Foundation, founded by the former screen idol turned animal rights activist, expressed horror and called on Ecology Minister Nicolas Hulot to ban the use of animals in circuses.

“It's a miracle that there weren't any human victims this time,” the group said in a statement.

“We must react immediately and ban this exploitation of wild animals reduced to slavery”.

Fuet said the tiger's body must be either taken back to the circus or to a clinic for an autopsy.