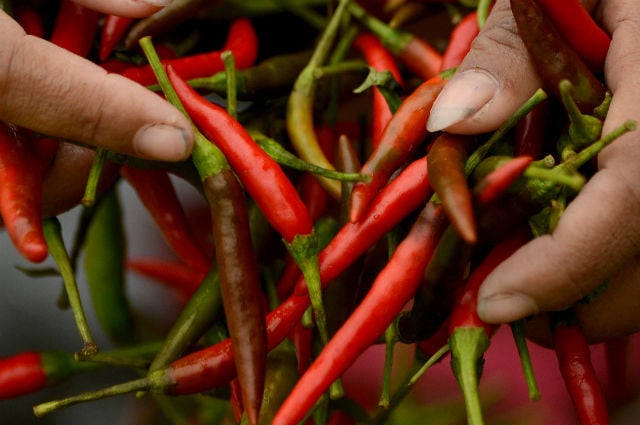 Gendarmes in Pas-de-Calais, northern France have decided to warn parents in a bid to stamp out the latest social media “challenge” that teenagers have taken to playing.

The Gendarmes say the “chilli pepper game” is steadily growing in popularity on social media sites like Facebook and in school playgrounds.

Essentially it involves pupils sneaking the most spicy chilli peppers into school, crushing them in their hands and then rubbing them into the mouths or eyes of unsuspecting victims.

Although some are choosing to prove themselves by rubbing them into their own skin, which can provoke burns.

A post on the Gendarmes Facebook page reads: “Since prevention remains the most effective method of curbing this phenomenon, it is necessary to speak openly with our young people about the danger of this kind of practice. BE CAREFUL!”

Although police in Pas-de-Calais have not has any serious incidents reported to them, one school in the Aube department did have to warn parents after three pupils were “lightly burned” after playing the game.

It's not the first time parents in France have had to be warned over the dangers of social media challenges.

In 2015 Panicked parents in France set out warnings over social media sites after it emerged that teenagers had come up with a new Facebook challenge that dared them to disappear without a trace for up to three days without contacting their family.

In 2014 French people flocked to challenge one another via Facebook to throw themselves into rivers or the sea or face the “fine” of buying a meal for the nominator. The craze resulted in tragedy when a teenager drowned after tying his bicycle to his leg before riding into a river.

The extremely popular social media game “Neknomination” preceded it, which involved people posting videos of themselves downing alcohol and then nominating others to do the same.
France later cracked down on the game, with a set of health reforms given the green light by the National Asssembly this month seeing anyone who incites others to “drink until drunk” risking six months in prison as well as a fine into the thousands.
A special page exists on France's Ministry of Education website that advises parents on how to spot signs that their child might have been involved in some kind of social media challenge.