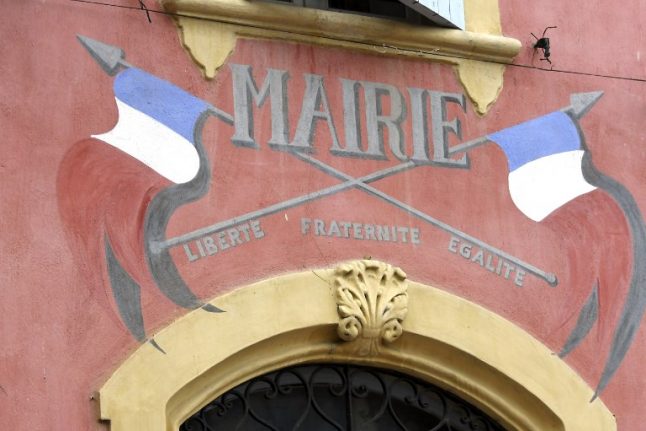 Photo: AFP
It's the 100th Congress of Mayors in Paris and the French government is facing the wrath of many of the country's 36,000 locally elected leaders.
And unsurprisingly it's all a question of money, with the budgets of France's town halls set to be slashed due to a series of major cuts introduced by the French government.
“They're asking too much of us,” said Gilles Poux, the mayor of La Corneuve.
These cuts include a decrease in the number of subsidised jobs, a decrease in allowances given to mayors which will amount to €13 billion worth of cuts over five years, and a drop in France's personal housing allowance (APL).
But the biggest bone of contention is the government's plan to abolish council tax (taxe d'habitation) for 80 percent of households. That tax was collected at a local level and provided a huge chunk of each town hall's budget so the scrapping of the tax will see communes and towns across France take a huge financial hit.
While the idea was to increase the spending power of the majority of French people by getting rid of what France's prime minister Edouard Philippe has called an “unfair” tax, the mayors will have to find a way of getting around the shortfall to their budget.
Although the government has promised to make up for the shortfall, mayors are far from convinced.
They are angry and worried.
President of the Association of Mayors, François Baroin, said in an interview with BFM TV that there is a “gloominess” among local elected officials when it comes to Macron's policies.
“Public services are deteriorating, investments are under threat […]. Allowances are in free fall … It's hard to tell local authorities to move forward and transform the country,” he said.
It looks like French President Emmanuel Macron, who will be delivering the closing speech at the congress on Thursday, will have a tough job of bringing the mayors round to his way of thinking.