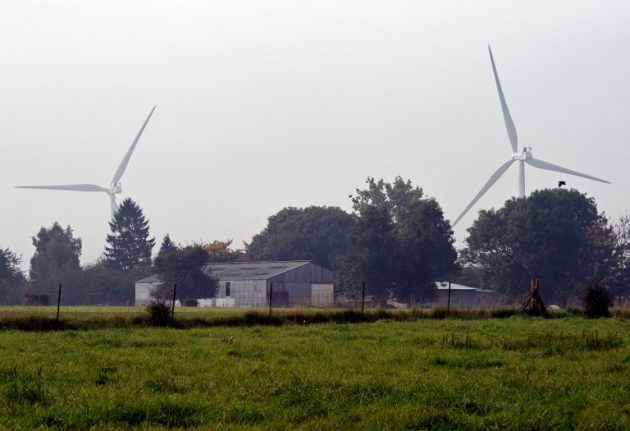 French energy company Engie Green had planned to erect turbines on the grounds of the former Bullecourt killing fields in northern France, where some 10,000 Australians were killed or wounded in 1917.

Many bodies were never found, and the planned site for the wind farm is a natural burial ground near the Bullecourt memorial that is visited regularly by Australian families.

“This is wonderful news for every Australian and especially those with a family connection to the Battle of Bullecourt,” Veterans' Affairs Minister Dan Tehan said in a statement.

“The Engie group has listened to the concerns of the Australian people and they have acted with empathy by cancelling this project.”

Tehan told Sky News he was also grateful for the efforts of the French government, saying it showed “how the French still, 100 years on, take so importantly what Australians were prepared to do for them”. “From the local mayor right through to the minister for veterans' affairs, they all referred to the diggers and the legacy of the diggers … it's very touching for all Australians.”

Diggers is Australian military slang for the nation's wartime soldiers, and reflects the digging that troops on the frontline did to create trenches.

The family of one of the fallen, Valentine Starkey, who died aged 23 in the second battle of Bullecourt, said it was “heart-warming” that a small group of Australians and French were successful in lobbying against the wind farm.

“They've had petitions, even the mayor of the local area … was against this,” Ashley Starkey, the great-great nephew of Valentine, told the Australian Broadcasting Corporation Tuesday of the support from French locals.

He said some Bullecourt residents had already been campaigning against the wind farm proposal for at least a year on behalf of the soldiers' families.

“They're not against wind farms, and neither am I, they just didn't want them on this specific battlefield,” he added.