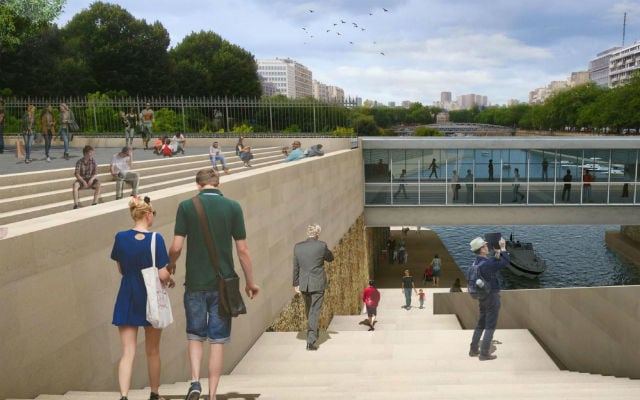 From spring next year work will begin to transform the historic Place de la Bastille in Paris.

Last week Mayor Anne Hidalgo rubber stamped the plans that will see a major makeover of one of the city's most iconic spots.

The mayor's plan is to make the square more pedestrian friendly rather than it just being a huge roundabout permanently clogged with traffic, as it is currently.

Under the revamp the roundabout will go and cars will travel in two directions around three sides of the square.

Around half of the whole area will be pedestrianized with the stand-out feature being the creation of new access from the square down to the picturesque Bassin de L'Arsenal where many small boats are moored.

A new stairway will be built from the square down to the canal below, passing under the bridge that carries trains on Metro line 1. “We really wanted pedestrians to have direct access to the canal, but we were working on how to get there.  Then planners came up with this great idea, and we had it priced. We can assume it will be both spectacular and respectful of heritage,” said Anne Hidalgo.

Around 50 trees will be planted around the square and the famous Paris cobbles will be stripped from the road and replaced with a new surface in order to reduce the noise from traffic.

Authorities also want to acknowledge the historic significance of the square, where revolutionaries stormed the prisons on July 14 1789 in what was seen as the most symbolic act of the French revolution.

A quote from the French philosopher Alexis de Tocqueville will be engraved on the square. It will read: “Les Français ont fait en 1789 le plus grand effort auquel se soit jamais livré aucun peuple”. (Roughly: “In 1789 the French made the most resolute effort by any nation.”)

And the the Colonne de Juillet, this monument n the middle of the roundabout will reopen to the public.

Built in 1835 in memory of the victims of the 1830 July Revolution, the colonne The Colonne de Juillet actually houses two large tombs which contain the remains of between 500 and 700 revolutionaries who died in the uprisings of 1830 and 1848.The plans ave been put together by architects Bernard Althabegoīty and Annick Bayle.

A public meeting will be held in December with residents to discuss the plans, with works to take place between April 2018 and Summer 2019.

The plans to revamp Bastille are part of a €44 million project to give seven historic squares a makeover including Place de l'Italie and Place de la Nation.

Hidalgo's aim is to return the squares to pedestrians as she continues her war on cars that has seen her pedestrianise part of the right bank of the Seine, much to the anger of motorists and ban the most polluting cars from the city centre. 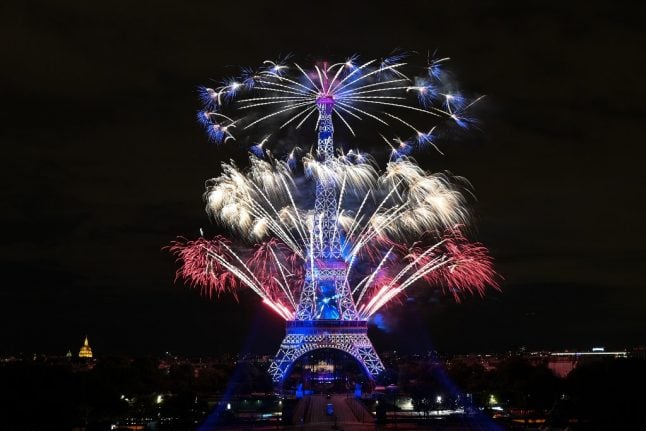 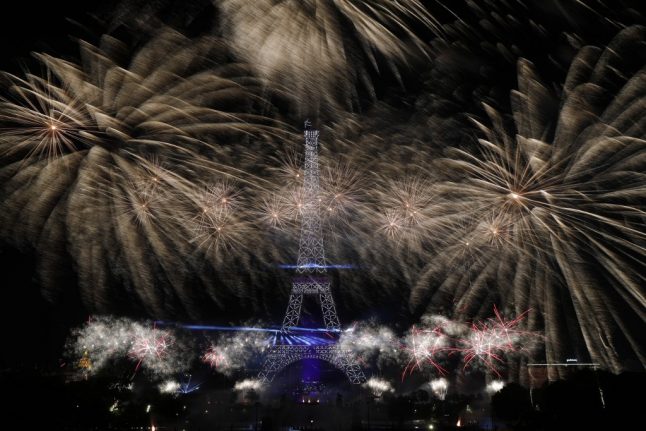 Normally thousands of people flock to central Paris to watch the concert on the Champs de Mars and the fireworks over the tower which round off the July 14th celebrations.

However due to the health crisis, there was no spectator space this year and instead the fireworks and concert were relayed on TV.

That didn't mean the display was any less ambitious than usual, though, and also included a tribute to the 'everyday heroes' who kept the country going throughout the pandemic and lockdown.

Here are some of the highlights.

The sky over the Eiffel Tower in Paris was lit up with fireworks last night as France marked Bastille Day and paid tribute to the 'everyday heroes' who played a role in tackling the Covid-19 pandemic pic.twitter.com/Rpd6ohW0JG

Those lucky enough to have a balcony with a view of the Tower watched from their homes.

While others watched from vantage points in the city including the Montparnasse Tower and the Ecole militaire.

Others went to the bridges over the Seine to get a good view. 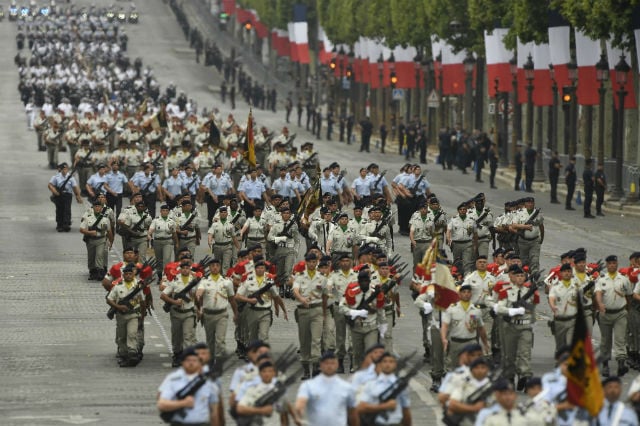