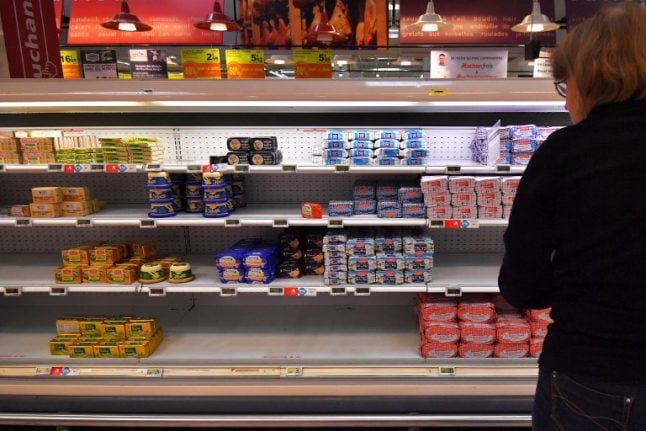 Fears that France's much publicized butter shortage could hamper Christmas culinary traditions were eased on Monday.

New figures released on Monday suggest that butter sales are returning to normal in France raising hopes that no one will have to miss out on their traditional Galette des Rois on January 6th or their Bûche de Noël (Chocolate log).

The figures by data analysts Nielsen showed that the phenomenon of panic buying butter, which was exacerbating the crisis, had died down.

Sales in the second week of November were slightly down (1.1 percent) on the same week in 2016.

The amount of butter being bought in big supermarkets was up 17.8 percent but that represents a marked drop on the last week of October when sales were 41 percent up on last year. Data also revealed that many in France turned to margarine as a replacement for butter with sales increasing by 10 percent.

Nevertheless don't be surprised if your local supermarket still has empty shelves as things may take a while to return to normal.

Nielsen revealed that 47 percent of the demand for butter was not been met in the second week of November. 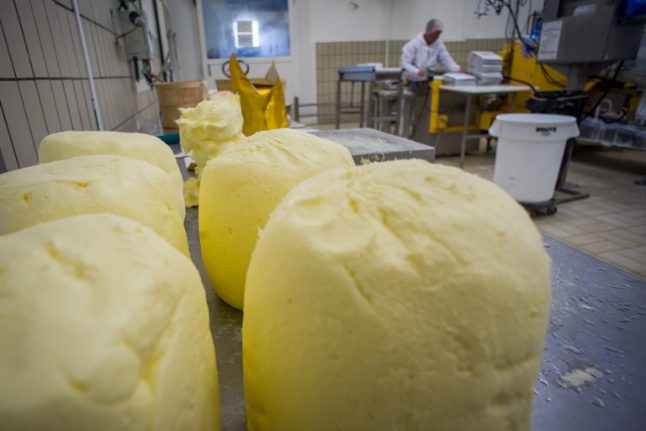 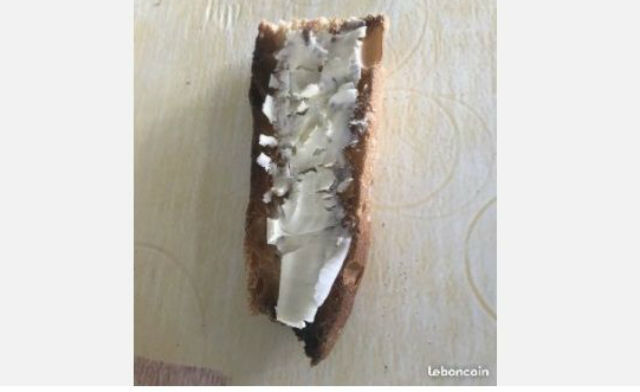 There can arguably be no greater threat to the French way of life than a lack of butter.

For months France has been gripped by a slow burning panic that it is running out of the golden ambrosia, which is the base of croissants and pains au chocolat as well as the whole mouth-watering panoply of French patisseries.

Supermarket shelves have been emptied of butter as shoppers worry they will have nothing to put on their breakfast tartines of toasted baguette, while worried bakers fear a “croissant crisis” as prices spiral.

“We always loved butter, but we never knew how much,” sociologist Remy Lucas, who specialises in people's relationship with food, told AFP.

“Now we realise how important it is in our daily lives. Obviously we can replace it nutritionally but the idea that we might be without it is really unbearable,” he added. French people eat more butter per capita than anyone else in the world — three times more than Americans — yet still have among the lowest obesity
levels of developed countries.

Faced with mounting anxiety about having to go without butter, churn makers told AFP that enquiries from city dwellers who clearly had no access to dairy cows had soared, while a spate of YouTube videos showing people how to make butter have been viewed tens of thousands of times within days of going online.

“It's been a long time since I did a video which took off so quickly,” said popular recipe blogger Herve Palmieri.

“The last one that went viral with a few million views was ironically about how to make a chocolate cake without butter or sugar,” he added.

Google said internet searches on how to make butter had rocketed 925 percent between September and October.

Wholesale prices for butter more than tripled over the past year driven by rising demand in Asia, with Chinese consumers in particular reportedly
developing a weakness for flaky, butter-rich croissants.

With many French supermarkets refusing to pay higher prices because they tend to fix them annually, butter has gone abroad.

The drop in supplies has been accentuated by panic buying, with the safety net of the EU's once enormous butter mountain no longer there, having melted
away to a mere one percent of its size last year.

Parisian baker Dominique Eury said he had never encountered such a shortage in the 44 years he has been manning his oven in the 17th district of the
capital.

“Ten days ago I could not get the butter or cream that I needed. Until now we have got by, what is really worrying me is the holidays. The world has gone
mad,” he said.

Eury said he gets through twice as much butter during Christmas as he makes the traditional “buche” chocolate log dessert and the marzipan “galette of the
kings” the French eat in January.

With his suppliers only able to get their hands on 80 percent of the butter they want, Eury said he was putting stocks aside just in case of a crisis over the Christmas period.

The idea that they could make do with margarine is not something French bakers are prepared to contemplate.

“We make everything with butter,” said Arnaud Delmontel, who has four bakeries in the capital.

Although he believes the shortage is not real, he complained that the rise in prices has become “unreasonable”, and some of the butter he has received had clearly been frozen.

“People are speculating and making a lot of money,” he claimed.

Global demand for butter is outstripping supply, according to the US Department of Agriculture, as consumers turn away from vegetable-oil based products in search of something “safer”.

Butter's image as a cholesterol-choked dietary bad guy has changed radically in recent years. Many scientists now say it is “neutral” health-wise — news that Time magazine celebrated with a 2014 cover proclaiming, “Eat butter”.

All of which further reinforces the French emotional attachment to its creamy comforts, Lucas argued.

Grandmothers in the buttery heartlands of Brittany and Normandy still use it as a cure-all for bumps and bruises and Lucas said this “brings us back to our childhood… to the intimate comforts and joy of butter at breakfast and in afternoon snacks. Naturally butter is something that makes us happy.”

“Until the shortage,” he said, “butter was just something in our fridges.

We had taken it for granted because we always had it, except during World War II.”

Having to worry about getting enough was “shocking and paradoxical” to French people, the sociologist insisted.

“In the 'Land of Butter' we find it extremely difficult to imagine that we can live without it.” 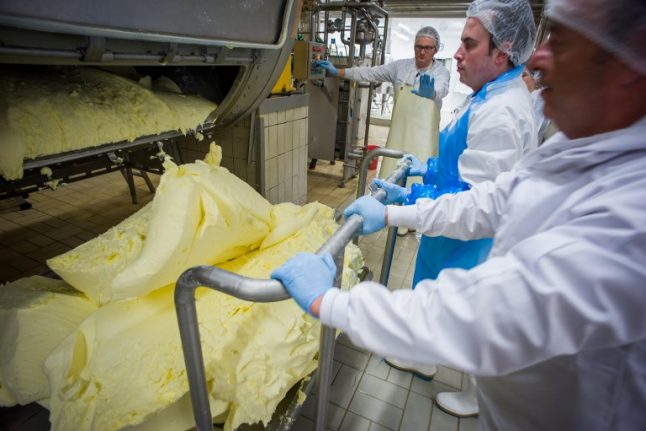 BUTTER
‘Worst since the war’: Just how bad is France’s butter shortage? 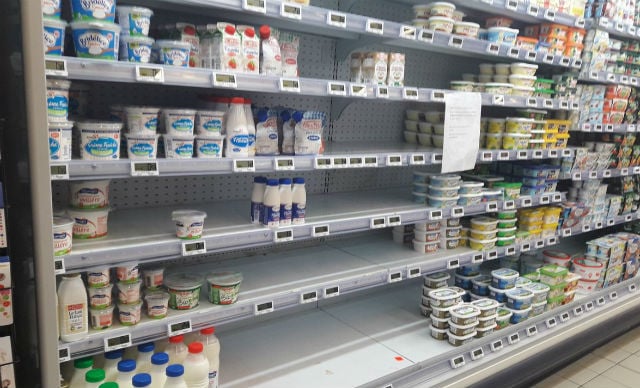