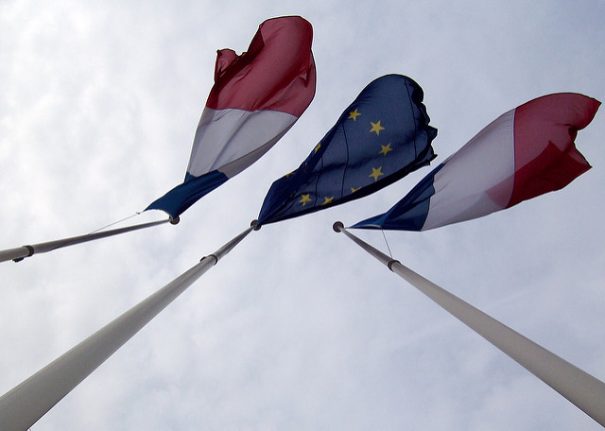 Scores of Brits living in France are in a hurry to become French.

The number of applications for naturalisation has trippled since June 2016 with Britain's vote to leave the EU acting as a significant accelerator.

For many, the motivations for gaining French nationality are purely practical, but not always. It appears the UK's vote to leave the EU has left many feeling estranged from their country of origin and as a result feel as though they belong in France.

Rebecca Thatcher lives in Ariège southwestern France with her husband and two young children; she runs a small business advisory company, while her husband works as a builder.

“I feel more French since the vote and more ashamed to be classed as British,” Thatcher told The Local.

“I was going to apply [for citizenship] anyway, as I’ve lived in France for 13 years now, but [the vote to leave] has sped up my decision to a matter of urgency,” she said.

“Gaining French nationality will help me feel distanced from the sadness and shame I felt when my country voted to leave the EU, which I see as a force for progress, equality and respect,” a 28-year-old business development manager living in Paris, who preferred to remain anonymous told The Local.

“I felt ashamed to admit that I was British after the results of the referendum, but more so now by the economic and political aftermath. I hardly recognise the UK politically anymore,” he added.

According to figures obtained by Le Monde earlier this year the number of British people in France applying to become French citizens rose from 385 in 2015 to 1,363 in 2016. These figures predate the official start of Article 50 negotiations in March this year, and though there is no national data for 2017 yet, the regional figures suggest that the volume of applications is only going to grow.

In order to qualify for French citizenship, foreign nationals living in France need to have resided in the country continuously for five years – with some exceptions for refugees, those who have studied in France and those who have served in the military – and to have a clean legal and tax record.

The application process takes approximately 18 months start to finish meaning many British ‘expats’ are keen to submit their dossiers before the end of negotiations in March 2019, the results of which are still unclear. Rosie Clifton Van Vilet, who has lived in Paris for 10 years, sent off her dossier for citizenship in May 2016, just a month before the EU referendum.

“I didn’t think that we would vote to leave the EU – but I thought it would be useful to have nationality anyway,” said the 34-year-old marketing manager.

“As it turned out, when the referendum took place and they did vote to leave the EU, I was happy to have got in there before it actually happened.”

Van Vilet, who hails from Otley in West Yorkshire says that the result of the EU poll has made her feel alienated from the country she grew up in.

“I felt quite relieved for having got out of Britain before they made what I think was a terrible mistake in voting to leave the EU. I felt like I couldn’t reconcile this choice and I couldn’t understand why they would have voted this way. It definitely made me feel a lot more distanced from Britain: I was quite pleased not to be there.”

David Abbott, who moved to Niort in western France with his wife in 2004, was already looking into applying for nationality before the EU referendum result, but was also spurred on by the UK’s vote to leave.

“We have long looked on France as our country and our home,” he told The Local.

“Each year that has passed has seen us become more and more estranged from the UK and the path it is following. Having studied philosophy and history I am more in tune with the ethos of France.”

“At the age of 71, I do not want to be thrown out of the country I love. I have much more in common and get on with French people rather than English people.”

Steve Alan, a 33-year-old writer living in Paris, will hit the five-year minimum residency requirement in August 2018, at which point he is planning to apply for nationality immediately.

“For me, getting French nationality is a way of acknowledging everything the country's done for me, recognising that I wouldn't be who I am today if it wasn't for my time in France,” he told The Local.

“If anything, Brexit has just made me feel more European. I'm proud of where I've come from but equally proud to be where I am.”

READ ALSO: Ten reasons why you should think about becoming French But not everyone is willing to go down that route.

Some fear the bureacracy, the long wait and the language test. Others feel the need to know that their rights in France are protected once the British government and the EU agree a deal.

Others simply feel they shouldn't have to, including Christopher Chantrey, chairman of the British Community Committee of France.

He told a UK parliament committee: “We are British citizens. We are proud to be British and we want to continue to be British until the end of our lives.”

But if Brexit is spurring France-loving Brits to overcome bureaucratic hurdles to ensure their future in France, Americans living in here have long grappled with the administrative intricacies of securing their place in the country.

Sheila Suarez de Flores, a 31-year-old team and organisation coach from Pennsylvania, and her husband Austin Flores, 34, a web developer and business owner, are in the first stages of preparing their own nationality application.

For them, the motivations for seeking nationality are also both practical and emotional.

“We actually do feel French, me and my husband; we miss it when we’re not here. A lot of being French and why we want to stay here is the tradition of it, the ceremony, the dinners that are long with good conversation,” Sheila told The Local.

“As time goes on I feel more and more distanced from my home country. At the same time, I know that I’ll never fully, 100-percent be integrated into France: I just missed a lot of history by not being raised here.”

She is particularly looking forward to being able to vote in France, a feeling intensified by the result of last year’s presidential election in the US.

“I’m very excited about being able to vote. Hopefully I’ll have my citizenship in time for the next election, already I’m contributing, but definitely I want to invest more in the French culture so that we don’t go the same way as America,” she told The Local.