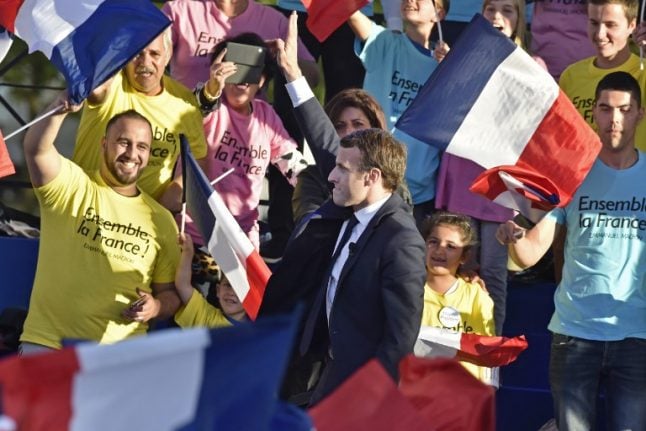 The 39-year-old leader pulled off what few thought possible by creating a pro-Europe centrist movement from scratch in April 2016 and then sweeping presidential and parliamentary elections just over a year later.

But even senior figures of the Republic on the Move (LREM) admit that, having tasted glory over the summer with a membership of some 350,000, the party has stagnated since.

Worse, after widespread grumbling in private, a small group of 100 followers went public this week with an open resignation letter that claimed the party was consumed by political games and “courtesanship”.

One former En Marche founder who was quitting the movement described it as a “sect”.

The anonymous rebels said that LREM was guilty of “contempt and arrogance”, had frozen out its community-level members and was aping the methods of the “old world” of politics. “Democracy is not On the Move,” it said.

The letter, first published by the France Info radio station on Tuesday, was timed to coincide with a party congress at the weekend where Macron's handpicked favourite Christophe Castaner is set to be named new LREM leader.

Castaner, a government spokesman who has spoken of his “love” for the president, is standing unopposed in a vote set to be dominated by national
party bigwigs — not grassroots members of what Macron calls a “citizens' movement”. The ructions in LREM are one of a number of challenges faced by the young head of state who needs the party as a support base as he battles opponents on many fronts, including angry trade unionists opposed to his agenda.

It will also be vital for Macron at the local and regional level in France, where upcoming elections for mayors and councils offer him the chance to push
his pro-business agenda to “transform” France.

LREM, launched simply as En Marche (On the Move) in April 2016, was a hugely effective electoral force with its thousands of volunteers who knocked on doors, flocked to rallies and distributed leaflets.

Many were drawn to Macron's promise to do politics differently, including his pledge to put “kindness” at the heart of his agenda, while local committees were invited to brainstorm and contribute to the party's manifesto.

But once the former investment banker entered office in May, the tight-knit team behind En Marche's success — political aides all in their 20s and 30s — headed to new jobs in ministries or the presidential staff.

Many volunteers returned to their day jobs, or simply took a break after months of exhausting work.

One leading LREM campaigner in Paris told AFP that the party was barely functioning.

“If you ask for help, they don't offer anything. The telephone switchboard doesn't even work properly at headquarters,” she said, asking not to be named because of fears the criticism could harm her standing.

An article in the magazine L'Opinion this week looking at the movement's growing pains was headlined: “Republic on the Move goes through a teenage crisis”. LREM parliamentarian Jean-Christophe Moreau, a former farmer who is one of dozens of MPs who benefited from Macron's drive to bring outsiders into politics, admits that “obviously since the elections, it's been complicated.”

“The priority now is to have a clear political line,” he said in an interview in his office at parliament where lawmakers were busy voting on a new tax-cutting budget aimed at stimulating business.

He and others hope that the smooth-talking Castaner (pictured above right), a former Socialist MP who sided early with Macron during his presidential bid, can help revive the lost momentum on the ground.

The open letter by the LREM rebels claimed that “local committees have emptied” since the elections — something seen as a worry by other members who have spoken to AFP and other French media this week.

Castaner's uncontested “election” this weekend will give the party head a new focus, but the opaque process that led to his nomination has left some
activists worried about a lack of internal democracy.

“If things are very centralised, then you can get the impression that we're just here to apply decisions made higher up and people will get disappointed,” warned Patrick Bernard, an LREM organiser in the rural Creuse region.

But he believes new initiatives like a skills training platform for volunteers and new community projects for members will help regenerate enthusiasm.

“We need to give ourselves a new identity,” he said. 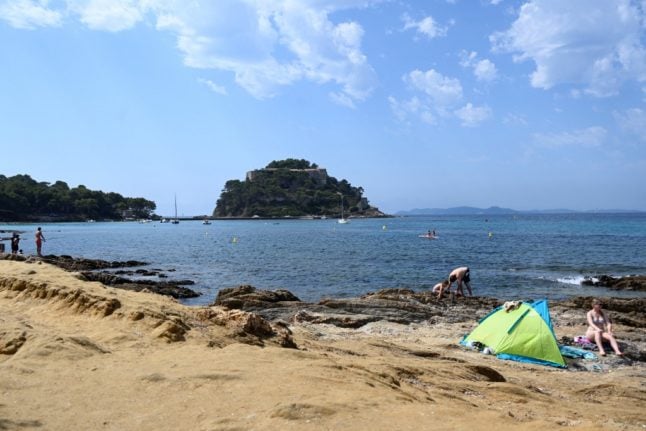 The Fort of Brégançon, which stands on a rock 30 metres above the sea, has been offering privacy and sunshine to French presidents for decades, although its history goes back much further than that.

The fort is perched on a tiny island – just 4.5km long – connected to the French mainland by a causeway and has been a strategic site since the 6th century, acting as a seigneurial residence, a Crown estate property and a military site equipped with artillery including 23 cannons under Napoleon Bonaparte.

It was Charles de Gaulle who gave it the status of official presidential residence in 1968 and it’s usually used for presidential holidays – similar to Camp David in the USA and Chequers in the UK.

It has since been transformed into a pleasant residence while maintaining what remained of the ancient fortress, giving presidents the opportunity to take advantage of the sunshine of the Riviera.

French presidents have their main residence and offices in the Elysée Palace, the beautiful 18th century residence in the heart of Paris. In addition to Brégançon, presidents also have the use of La Lanterne, a former hunting lodge in the grounds of Versailles, and although they can’t stay in the sumptuous Palace of Versailles they do sometimes hold events and meeting with foreign dignitaries there.

It’s Brégançon’s offshore location that was the key for De Gaulle, who considered it the only place in the south of France secure enough to receive foreign heads of state, particularly from Mediterranean countries in the geopolitical context of decolonisation.

While it remains secure, it is these days within long-lens range for photographers, as several presidents have discovered.

But through the years of the Fifth Republic, French presidents have had quite varying attitudes to this undoubted perk of the job.

De Gaulle’s successor Georges Pompidou seemed to love it and spent his weekends in the Fort both in summers and winters. He opened its doors to the media, letting himself be photographed with his spouse in more relaxed clothing and playing pétanque with his bodyguards. 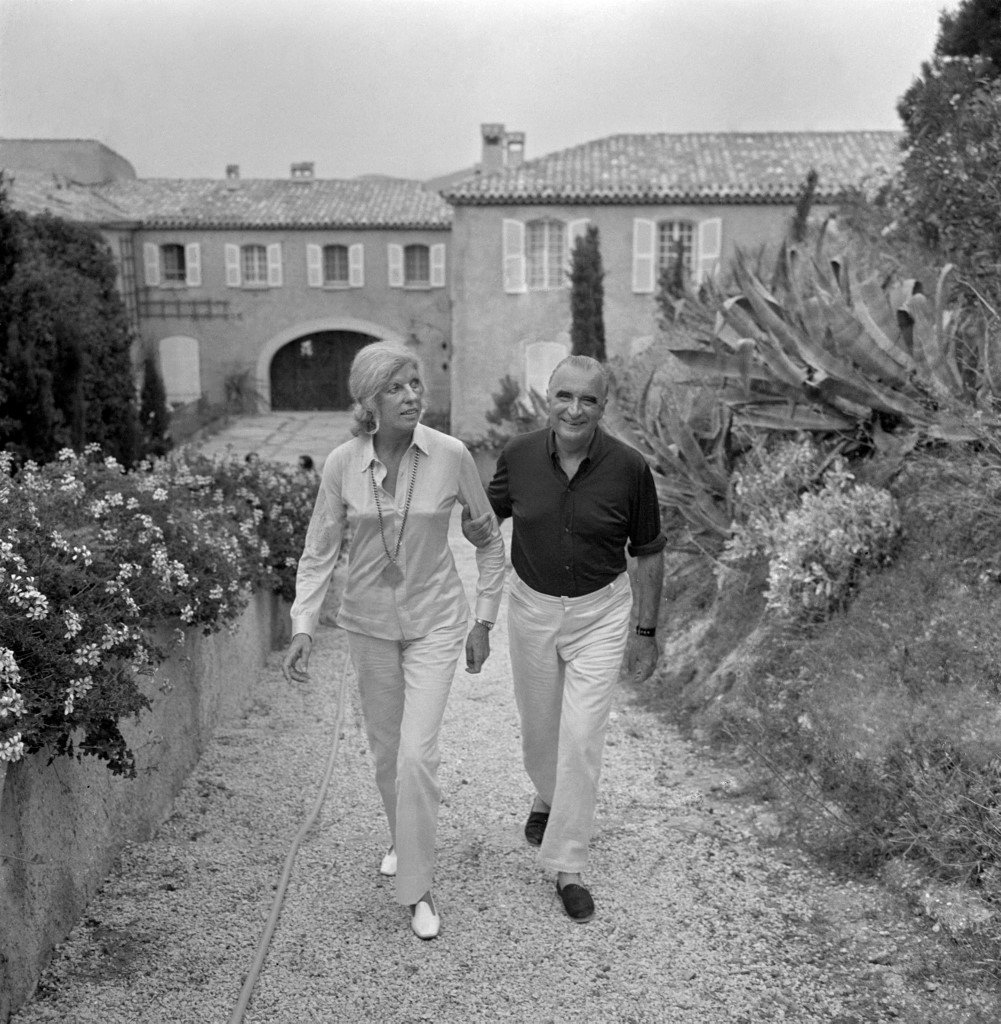 Georges Pompidou and his wife Claude in August 1969 pose in the gardens during their summer holiday. Photo by AFP

Valéry Giscard d’Estaing, who regularly stayed there with his family, brought the national spotlight on the Fort by letting paparazzi venture around the residence, snapping pictures of him in swimsuit and tennis shoes, but also installing CCTV inside the residence. 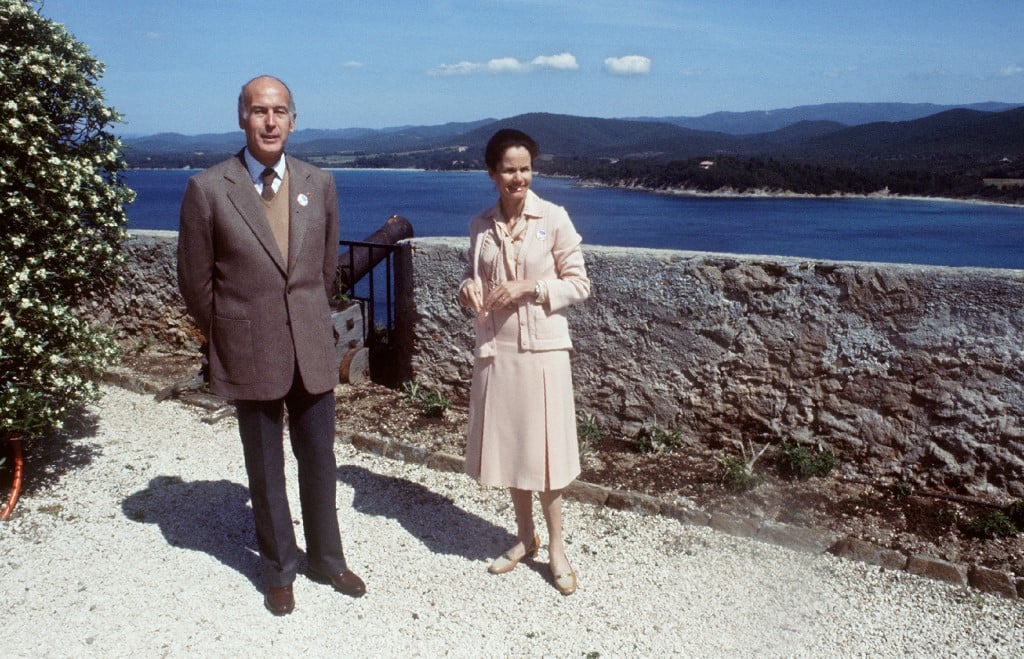 Valéry Giscard d’Estaing poses for photos with his wife Anne-Aymone in 1979. Photo by AFP

When socialist François Mitterrand won the election, he declared: “the Republic doesn’t need a secondary residence.”

He limited his visits to work meeting – the SNCF strikers in 1987 and two heads of state the Irish Prime Minister Garret Fitzgerald and German Chancellor Helmut Kohl – although he took no steps to sell off Brégancon. 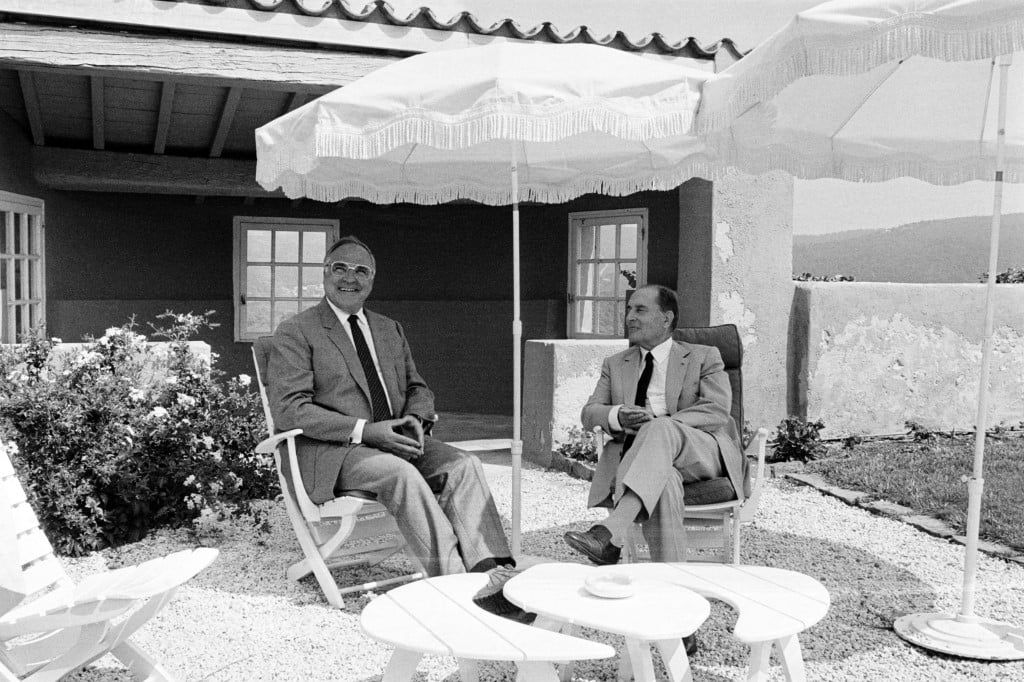 His successor Jacques Chirac particularly appreciated the fort because of its location in the Var département where he lived as a child.

With his spouse Bernadette, they regularly attend mass at the local church and greeted residents and tourists. In 2004, the President received Algerian President Abdelaziz Bouteflika to appease tensions. The Brégançon presidential desk was photographed for the first time. 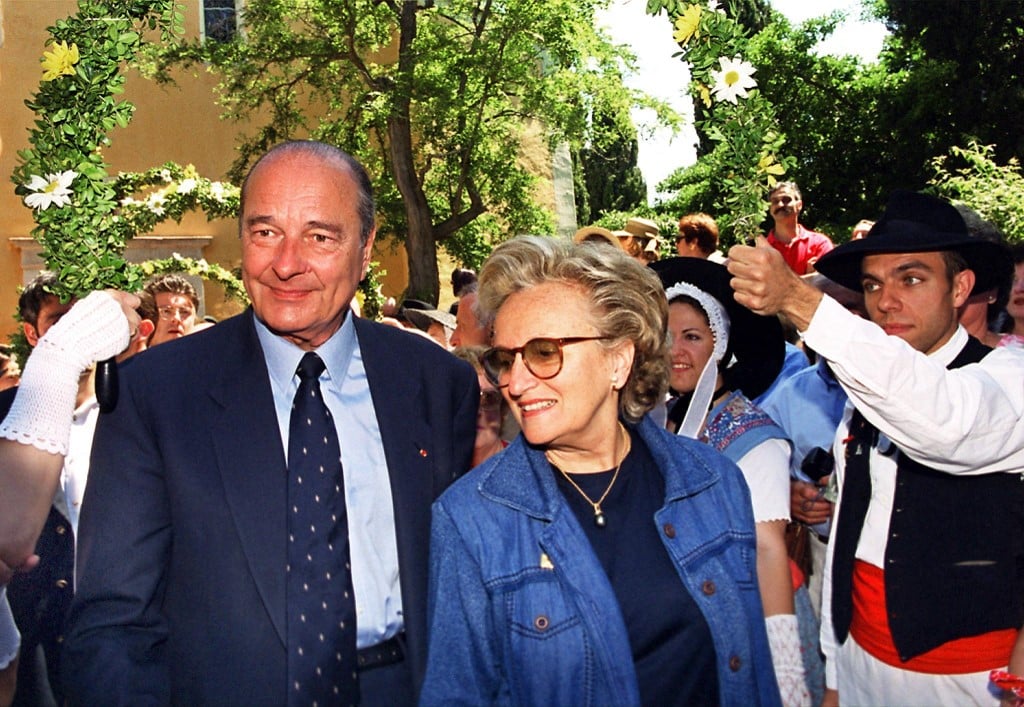 During his presidency Nicolas Sarkozy received foreign politicians including Condoleezza Rice, but also took some time to exercise. The pictures of him jogging around the Fort were described as creating a new style of presidential communication. Later, he was photographed on the beach with first lady Carla Bruni during her pregnancy. 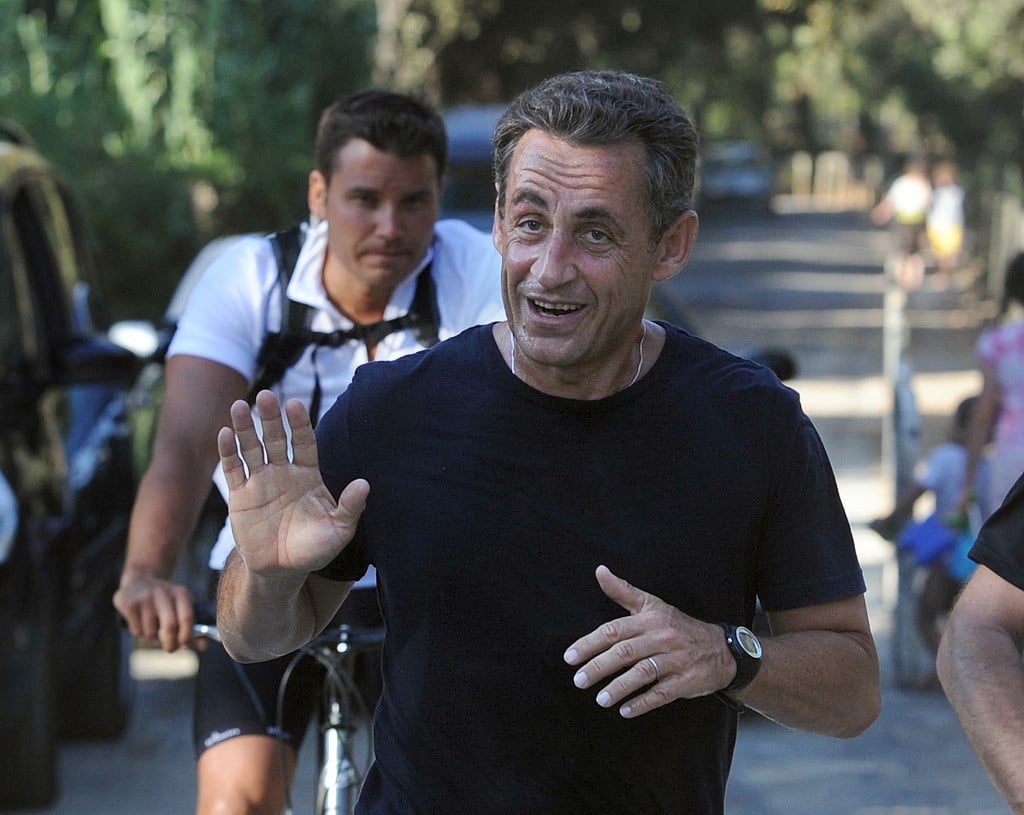 François Hollande, who branded himself as a “normal president” felt no particular attachment to the Fort and opened the site to the public for visits, although he did host some work meetings there. 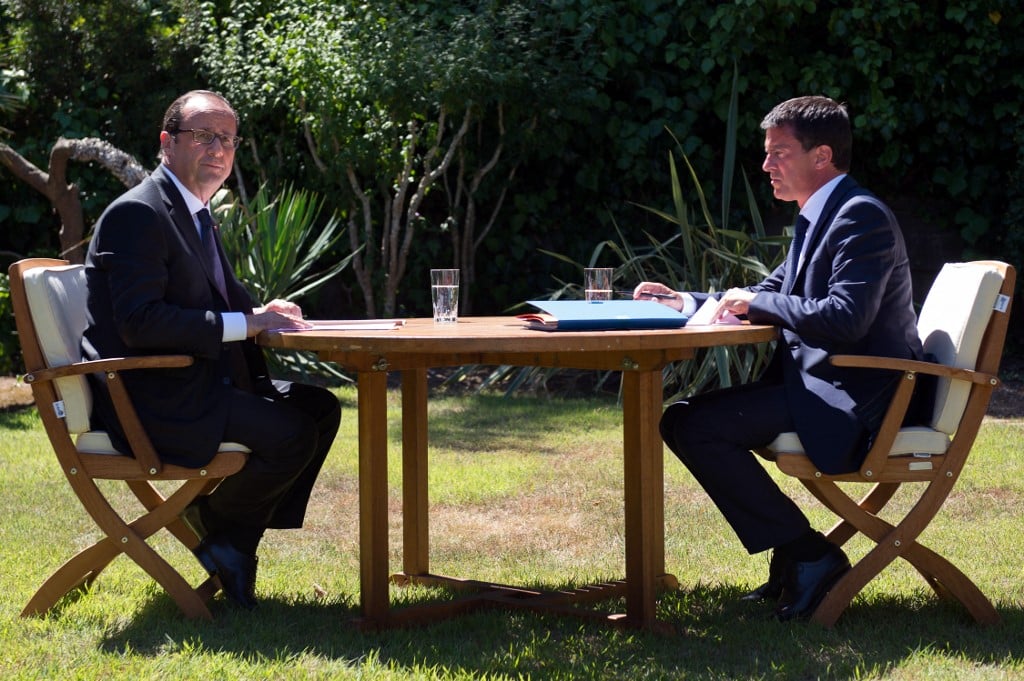 Since being elected in 2017 Emmanuel and Brigitte Macron seem to have enjoyed the Fort, retreating there during the summers and being photographed on the beach or having fun on jet-skis – they also installed a swimming pool which cost €34,000.

Brigitte Macron owns a property in the northern French seaside resort of Le Touquet, which the couple use for family time. But Emmanuel Macron has also used the Fort for work, hosting British Prime Minister Theresa May in August 2018, Russian President Vladimir Putin in August 2019, on the eve of the G7 in Biarritz, and Chancellor Angela Merkel in summer 2020. 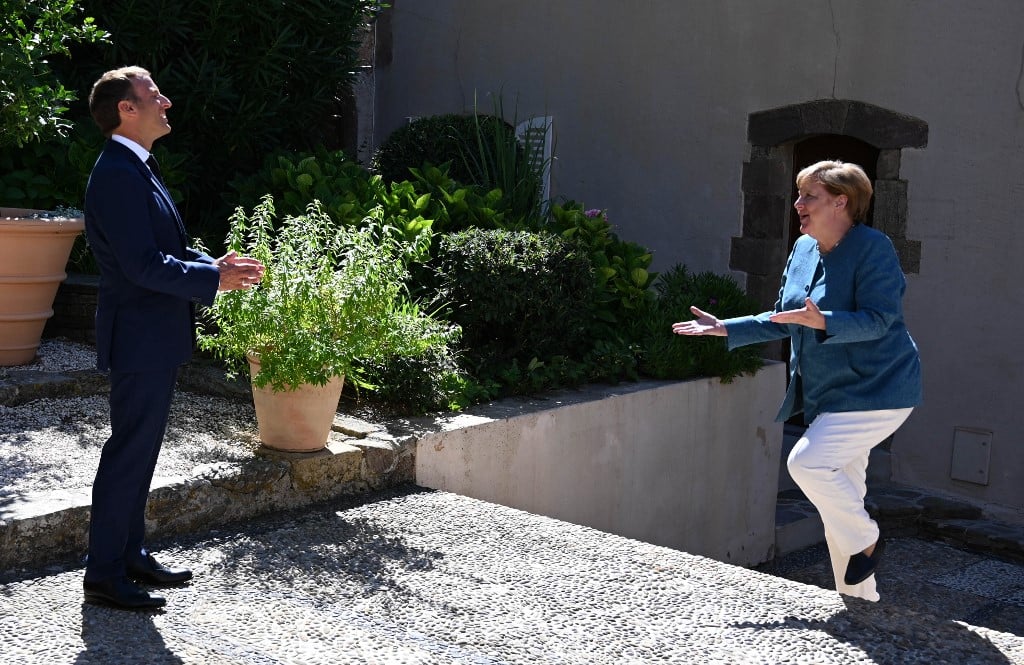 This year he declared that he would be having a “pause studieuse” at Brégançon and use the summer to think about how to tackle some of France’s most pressings issues.

With a cost of living crisis, war in Europe and political turmoil at home, let’s hope that his beach reading bears fruit.