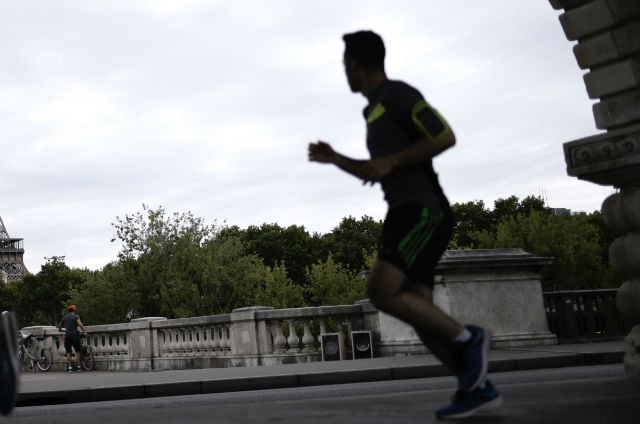 Photo: AFP
The 34-year-old man, named Chakib Limane, was convicted of glorifying terrorism by a criminal court in the town of Caen, Le Paisien newspaper reported.
The man was first arrested in June when he was spotted wearing the Barcelona shirt with the name “Bin Laden” on the back in a shop in the town centre and worried security staff phoned the police.
He told police that it was simply the top he used for jogging around town and he just wore for a little provocation.
But when officers visited his home they found he had various other named footbal shirts along the same “theme”. One of the tops had the words “Mullah Omar” one of the Taliban chiefs.
Limane insisted his choice of jogging wear was “just for fun” and his lawyer insisted he was no terrorist in the making, nor was he glorifying Al Qaeda's former leader.
“We must distinguish between provocation and immaturity and glorifying terrorism. All he has done is wear a top,” the lawyer told the court.
But prosecutors didn't believe the defense, telling the court that photos of Bin Laden and a “jihadist video” were also found on the man's computer.
French courts do not tend to take the wearing of provocative clothing lightly, especially at a time when the country has suffered a series of devastating terror attacks that have left scores dead.
In 2013 a mother who sent her three-year-old son Jihad to school wearing a sweater with the words “I am a bomb” on the front, along with his name and 'Born on September 11th' on the back, was handed a suspended jail sentence for glorifying terrorist crimes.
The mother and uncle who had bought the t-shirt also claimed they were simply having a bit of fun and pleaded their innocence. But a lawyer for the local town hall who had initially lodged the complaint said: “Idiocy is often the best alibi to hide our real intentions. The most scandalous aspect of this is the manipulation of a three year-year-old to convey the words of terrorism.”
Url copied to clipboard!