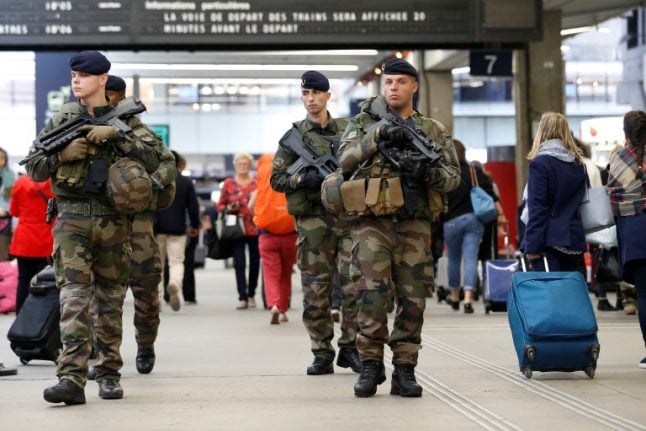 The 1.8 billion euros in additional spending approved by the National Assembly takes the defence budget to 32.4 billion euros, or 1.82 percent of GDP.

A large chunk of the funds will go towards renewing military transporters, fighter jets and other equipment used in anti-terror operations in west Africa and the Middle East.

The increase compensates for an 850 million euro cut to this year's defence budget, which triggered a standoff in July between Macron and then armed
forces chief General Pierre de Villiers.

De Villiers, a highly respected figure, complained to parliament that the army was being “screwed”, drawing a public rebuke from Macron which prompted the general to resign.

Beyond 2018, Macron plans to continue ploughing more money into the military, to try reach a NATO target of spending equivalent to two percent of GDP by 2025.

European NATO members have come under pressure from President Donald Trump to shoulder more defence costs to relieve the burden on the United States, which currently accounts for about 70 percent of combined NATO defence spending.

They have been taking part in strikes against Islamic State jihadists in Syria and Iraq and around 4,000 troops are hunting Islamist extremists in west and central Africa.

At home, 7,000 soldiers have been deployed to patrol the streets after a series of terror attacks.