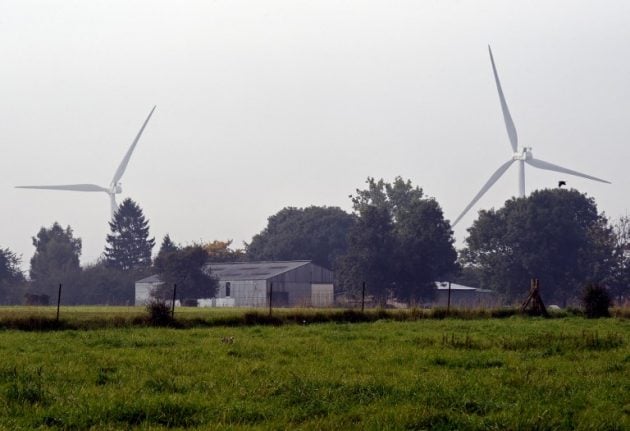 French renewable energy company Engie Green plans to build several wind turbines between the villages of Bullecourt and Riencourt-lès-Cagnicourt in the northern Pas-de-Calais department, where so many World War 1 battles took place. In this particular area between the two villages several divisions of British and Australian soldiers tried to breakthrough German front line between Arras and Soissons in spring 2017.
Some 10,000 Australian soldiers, most of whom were volunteers were killed or injured during the offensive.
The area was the scene of the heaviest Australian losses in the war during a battle that has become symbolic of the incompetence of British generals
directing the campaign.
The bodies of most soldiers were never recovered and their remains under the soil on what is now farmland (see pic above).
Australians regularly travel to Bullecourt to pay their respects and remember those who died.
The Australian government believes those remains, which lie undisturbed by farm machinery, will be disturbed due to the deep digging that would need to take place for the construction of the wind turbines. Veterans' Affairs Minister Dan Tehan told Australia's Sky News in the first instance he would be raising the issue with his French counterpart.
“I'll be getting clarification on this matter,” he said in a statement.
“The French people, like the Australian people, understand the significance of this land and they have the upmost respect for the sacrifices made by Australian soldiers on their soil.
“Australia enjoys a close working relationship with the French government when it comes to recovering the remains of Australians from French battlefields,” he added.
According to Sky News, the Engie Green proposal would involve digging for foundations. There would also be transmission tunnels, other earth works and infrastructure, it said.
A spokesman for Engie told The Local France they are in contact with Australian authorities to discuss their concerns about the project and that the consuiltation period is still ongoing.
“We are ready to respond to all to their questions,” he said, but added that the company had not been asked o move or scrap the wind farm.
The Local has contacted France's Ministry of Culture for comment.