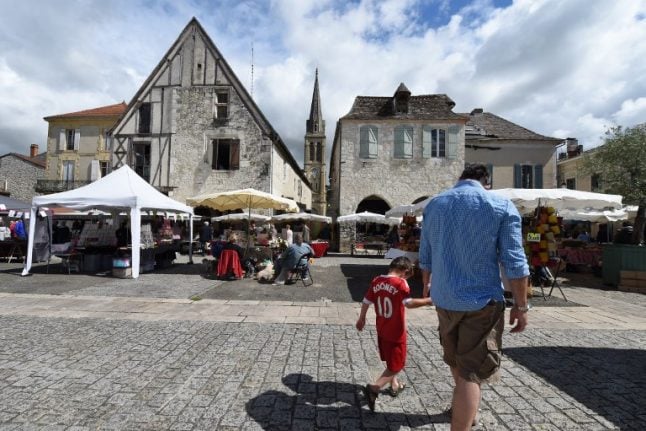 The village of Eymet in the Dordogne. Photo: AFP

Seven months into the tortured Brexit negotiations, British nationals in France still do not know what their rights will be in March 2019.

But the reality is that many continue to feel the real effects of the vote as a result of the steep fall in the value of the pound sterling.

Pensioners receiving their allowances in sterling and those living off income from the UK are the hardest hit by the drop in the value of the pound that went from being valued at over €1.30 before the referendum to around €1.13 at the time of writing.

Rosamund Petherick, a retired civil servant living in North Dordogne with her partner says that she has seen a 22 percent aggregate drop in her pension over the last 13 months.

And that means enforced changes to their lifestyle.

“We spend less, worry more, go out less, socialise less,” she told The Local. “There is constant worry about money and paying the bills.”

Petherick, who also runs a charity, Omnis Asso, which helps refugees and other vulnerable people, said the fall in the pound also meant fewer trips home to see family.

“We visit the UK less now as we cannot afford fares 'home',” she said.

“We also spend less in euros: because my pension is paid in sterling, it now makes sense to pay a shopping van service to bring over groceries from the UK.”

“We shop less now so as to avoid impulse buying and very rarely go into any of the big towns.”

The former civil servant is worried, too, about what the future will bring.

“I have no idea what we will do in the future,” she told The Local. “We have considered moving back to the UK, even though we would hate to, simply because I am worried about healthcare provision post-Brexit.”

Others have talked about having to come out of retirement and find a part time job, but for most it would not be worthwhile given their healthcare provision would change.

READ ALSO: Why Bexit is a matter of life or death for some Brits in France Petherick is of course not alone.

And contrary to popular myth about “expats” living abroad, the vast majority of Brits in France are not loaded. In fact, most are just getting by.

Those who retired to France for a slice of la belle vie would have always been aware that their income was subject to currency fluctuation and the recent fall in the pound is not the first time sterling has plunged towards almost parity with the euro in recent years.

However what makes the post-referendum dip all the more frustrating for many pensioners is that they never even had a say in the vote thanks to the current 15-year time limit on votes for British citizens living abroad.

Lorna Cooke, a retiree who lives with her husband in Morbihan in Brittany says that they were aware that their lifestlye would be subject to exchange rate fluctuation when they bought their house in France in 1996.

Nonetheless, she told The Local that she has had to make significant changes since the vote to leave.

“We have had to tighten our belts: eating out less, fewer trips to the UK to visit family, as well as fewer or no holidays, shopping more sensibly and relying more on our home-grown veg and eggs from our chickens in the garden.” Cooke (pictured below) says both her and her husband benefit from having their state pensions paid into UK bank accounts, so they can control when they exchange their money. However, she is concerned about the possibility of the government not honouring its commitment to maintain inflation-level pension rises for expats in Europe.

“I do worry whether the UK will continue to let us have our pension rises [when] already they have stopped the winter fuel allowance,” she told The Local. For Kathleen Campbell, a retiree living in Lot-et-Garonne in southwest France, the financial effect of the Brexit vote has also been dramatic.“Since the vote last year, we have lost over £6000 in income through our pensions,” she told The Local.

“This has resulted in a simpler way of life. Holidays do not happen now – we simply cannot afford them. When we have visitors, too, they want to be out and about sightseeing and eating out, which is quite difficult for us now.”

Campbell, too, is concerned about what will happen after the UK leaves the bloc.

“I foresee many difficulties after the UK leaves the EU: isolation – not being able to see family and loved ones as often as one would like to – as well as a higher cost of living.”

The 72-year-old said she was concerned that reduced income will mean she is not able to finish renovation work on her house and that her freedom and ability to enjoy her leisure time will be severely impacted.

However, she says that she is not tempted to make the move back across the Channel.

“Even though we are finding the life here financially difficult, we would never return to the UK,” she told The Local.

“It is not the land that we left.”