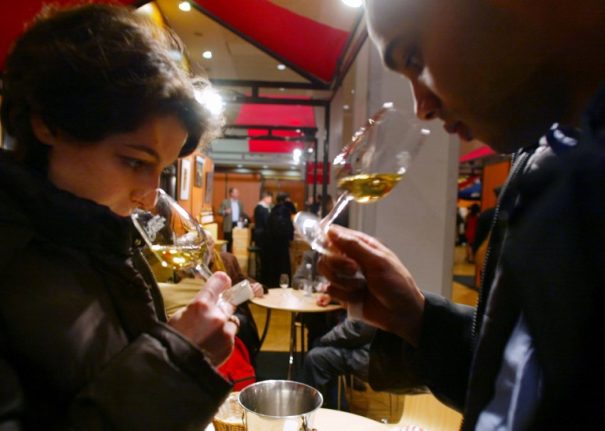 Forget Cadbury’s chocolate as Lyon, the widely known capital of gastronomy, has some tasty treats for you to get your teeth stuck into. The seventh edition of the chocolate fair, held at the Centre de Congres, is offering culinary demonstrations, cooking workshops and of course the famous parade of chocolate dresses that will be taking centre stage. Think of this as Paris Fashion Week meets Charlie and the Chocolate Factory. Head to the Porte de Versailles for the chance to appreciate the creative works of modern day photographers. The Photographers' Corner is not to be missed at Le Salon de la Photo exhibition.

Dressed up in traditional costumes, the people of Étaples meet up on the banks of the Canche River in northern France to celebrate their favourite fish (see photo). Every year, thousands of people join them to enjoy herring in all its delicious forms – pickled, grilled, or smoked and accompanied of course by lots of wine.

Though it may seem a bit early, the Christmas market in the picturesque town of Colmar in the Alsace region already kicks off in late-November. Wandering around the illuminated city, trying out Alsatian specialties, and sipping from a cup of mulled wine will definitely get you into the Christmas spirit. This music festival is bound to bring back some colour into your life during this cold and depressing time of year. The festival, which started out in a Parisian suburbs, has now spread across the whole city and its surroundings, featuring artists from all over Africa.

Get ready to feel jazzy as this year celebrates the eleventh edition of the Jazz Festival in Marseille, welcoming a seemingly endless list gifted artists. The festival, offering dozens live concerts, stretches from Marseille to dozens of other locations such as Aix-en-Provence and Avignon. So if you live in the south east region of France you have no excuse.

As the world's best wine party (as thought by many beaujoholics) is fast approaching, will you be ready to uncork the fruity bottle of Beaujolais at the stroke of midnight? The festivities will be marked by fireworks, music and various parties to celebrate the region's first wine of the season On Armistice Day, France honours those who fell or were injured during World War I with commemorative services. In Paris, a military parade will take place, and a ceremony will be held at the tomb of the Unknown Soldier under the Arc de Triomphe.

Salon des Vins, Paris, 30th November to December 4th
At the foot of la Porte de Versailles, this will be a great opportunity for wine lovers to personally meet local sellers and to discover new wines as well as the history behind them.
Url copied to clipboard!