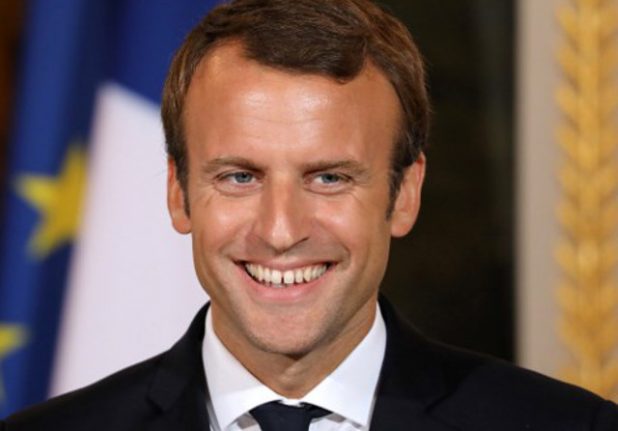 Photo: AFP
A British girl who wrote a poem inspired by one of the French capital's most iconic monuments was no doubt surprised when she received a response from the French president himself.
On a family trip to Paris in April, Sophie, then aged 12, wrote a poem after seeing the Dame de Fer (Iron Lady) and sent it to the Elysée Palace.
At the time it was home to former French President François Hollande.
Her poem, written over a drawing of the tower, included lines like:
“She has four beautiful legs, which help her stand proud/ She looks over everyone with her head in the clouds.”
But what young Sophie could never have imagined was that Macron sent his own poem in response to the British teen on Wednesday — the day of her 13th birthday.
The British embassy in France was tasked with delivering the message, publishing Sophie's poem alongside Macron's response on its Twitter account.

A special birthday present for Sophie, 13 today: President @EmmanuelMacron's reply to her poem on the #EiffelTower. Bon anniversaire Sophie! pic.twitter.com/NxMTbikMBm

Macron flexed his literary muscle in his poem, which was written in English, and includes a line in the voice of the Eiffel Tower:
“So few poets these days sing the praises of my Parisian soul, as did Cocteau, Aragon, Cendrars, Trenet and Apollinaire.”
Macron's move comes at a time of cool relations between the UK and France after Macron made it clear in October that he believes Britain is “still far from meeting its financial obligations to the European Union”.
But while he might not be putting a smile on the face of Theresa May, he's at least got one British fan.