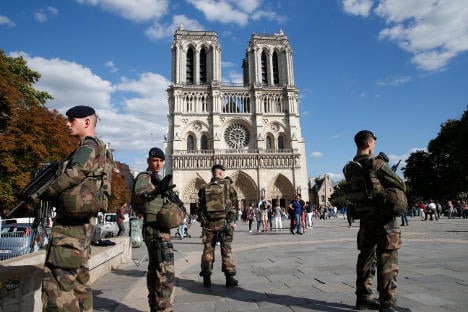 Governments from London to Berlin have made no secret of their reluctance to take back nationals who went to fight in Iraq or Syria but now find themselves, as defeat nears, heading for home.

The prospect of taking back extremists poses obvious security risks on a continent that has suffered a wave of jihadist attacks in recent years.

Yet the situation also raises ethical dilemmas – particularly whether to abandon European jihadist wives to their fate, even if they have had a change of heart, along with their children.

“Madam Chancellor, I want to come home with my family, help us,” a woman identified as 31-year-old Nadja Ramadan, from Frankfurt, pleads in a video addressed to German leader Angela Merkel.

“I'm not a terrorist,” she insists in the video aired by Die Zeit newspaper, a baby in her arms.

Kurdish fighters detained Ramadan and her three children in Raqa, the Isis Syrian “capital” which was recaptured this month by a US-backed alliance. So far, Berlin has refused to assist her.

She is one of a growing number of Europeans issuing pleas for help from their governments – either via the media or through their families.

Last week, around 20 families wrote to French President Emmanuel Macron urging him to bring their daughters home to face the courts.

“It is difficult to accept that our daughters, who did not fight, might be treated in the same way” as their husbands, they wrote.

They urged “France, a country of human rights,” not to let the women face possible torture or death in Syria or Iraq.

Of some 5,000 EU jihadists believed to have gone to fight, around a third have already returned home, according to The Soufan Center, a US-based NGO that conducts research on global security.

Some will have remained committed to violent jihad, it warned, adding: “It is clear that anyone who wishes to continue the fight will find a way to do so.”

So far, France, Germany and Britain have tackled returnees on a case-by-case basis.

In Britain, where some 425 have returned, the goal is to “put them in court so they go to prison for a long time”, said top anti-terrorism police officer Mark Rowley.

For those who cannot be put behind bars, he said, authorities will have to lean on surveillance and other “prevention measures” to keep the country safe.

But some in Britain openly tout a tougher line.

Junior foreign minister Rory Stewart said last week that there was only one way to neutralise British IS fighters.

“These people are a serious danger to us,” he told BBC radio.

“Unfortunately the only way of dealing with them will be, in almost every case, to kill them.”

Defence Minister Michael Fallon also said Britons fighting with Isis were “a legitimate target”, following reports that Sally Jones, a Muslim convert nicknamed the “White Widow”, had been killed in a military strike.

Children as a threat

Raphaello Pantucci, International Security Studies director at the British think tank RUSI, said governments “haven't been rushing” to claim responsibility for nationals captured by Kurdish fighters in Raqa and beyond.

Although fighters and their wives in most cases ended up in the warzone by choice, “we do have a duty of care to our citizens”, he told AFP.

“If they are showing up and we are able to put them through due process, that's what we should be doing.”

The children of European jihadists can hardly be blamed for their parents' decisions and beliefs, he added.

But in Germany at least, even these youngsters are being regarded as a security threat.

“We consider the return to Germany of jihadists' children, indoctrinated in a warzone, to be dangerous,” German intelligence chief Hans-Georg Massen warned this month.

“This could allow a new generation of jihadists to be raised here.”

In France, which has seen some 300 of 1,700 nationals return, authorities have taken a firm stance in the face of pleas from jihadists' families to rescue loved-ones being held in territory reclaimed from Islamic State.

Defence Minister Florence Parly said Tuesday that French citizens detained in Iraq could be tried there.

In Syria, she added, French nationals being held by different groups were being flagged to the Red Cross.

Those who made it home would be held to account for their acts, she said.

“People returning to France know that they are exposing themselves to systematic legal proceedings.”

By Michel Moutot and Katy Lee