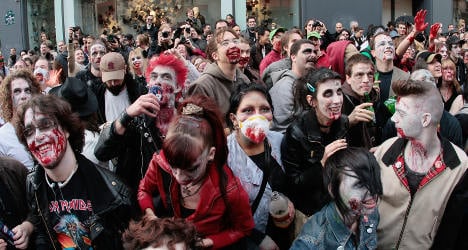 Turns out the French are actually fans of Halloween. Photo: AFP

You'd think Halloween would be the perfect example of the kind of creeping American influence and consumer culture that the French would resist or quietly ignore, but apparently it's got quite a following.

While Halloween was apparently a much bigger deal in the 1990s – before its importance in France declined – it has made something of a comeback in recent years.

According to a survey by Maison Budget, some 45 percent of French households will put up Halloween decorations in their homes and 37 percent even decorate the outside of their houses with spiders' webs, witches on broomsticks or pumpkins.

However 46 percent firmly believe it's just a commercial festival and 19 percent think it's just for kids.

And anyone who has witnessed the hordes of French school children dressed as witches or other spooky characters wandering around the streets can testify to the fact that Halloween is certainly a hit with youngsters.

Many of the people The Local talked to in Paris about Halloween said they love the costumes, creepy vibe, candy and festive atmosphere that comes every year on October 31st.

“It has already become more popular, but it should grow even bigger,” 32-year-old Loan Prudhomme, who works in the ambulance service, told The Local. “I really like it. You can go out, laugh, forget a bit about everything.”

“And scare people,” her daughter said, which to her seems to be the most enjoyable part.

And while trick or treating might seem like it would draw nothing more than a curious or nervous response in France, some people told us that it's popularity is spreading.

Apparently kids here like candy just as much as they do in North America.

“Every year, there are children ringing my doorbell,” Sebal said. “I did it too when I was younger.”

Though it's still not a widespread practice in France, with fifteen-year-old Martin Clougher saying he had little luck going door to door.

“I tried going to people’s houses to do trick or treating but it didn’t really work,” he said. “They didn’t keep any candy at home.”

Some people see the invasion of the holiday as somewhat inevitable, but aren't necessarily displeased by it.

“We imitate the US in everything so why not imitate Halloween, too,” 16-year-old student Miriam Smadja said. “I don’t think we would ever do Thanksgiving, though, that really has absolutely nothing to do with us. But Halloween is fun.”

But not every agrees, of course.

When asked if she celebrated Halloween, one woman, who refused to give her name, said the holiday is a disaster in France.

“It’s something that hasn’t worked in France for the past ten years,” she said. “It used to work but not anymore. It’s a complete commercial failure.”

The commercial side of Halloween — mounds of candy and cheap plastic decorations — is often criticized, but in the US pumpkin carving, dressing up and trick or treating also bring people of different nationalities and religious beliefs together.

According to one young man, who also declined to give his name, this isn’t the case in France.

“I have never celebrated Halloween in my life,” he said.  “I couldn’t say if it’s popular or not. I live in the Parisian suburbs, and there are only Arabs, Africans, and Muslims, so we don’t celebrate it. We don’t know it.”

And France still has a long way to go before it catches up with the US, where some 55 percent of the population say they actively take part in Halloween.

This article has been updated and amended since it was first published in 2014. 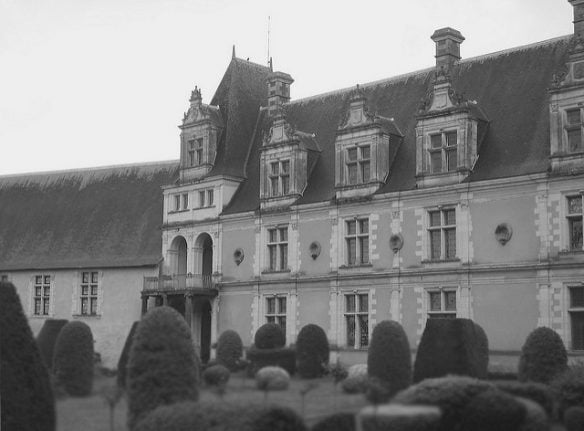 HALLOWEEN
Halloween: The ghost stories from France’s most haunted chateaux 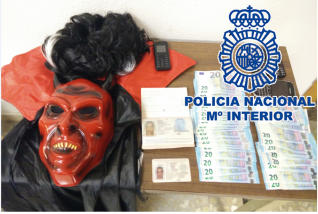