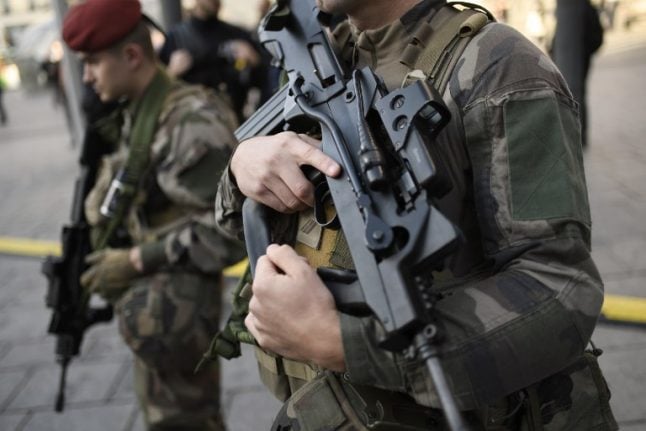 France’s state of emergency will finally come to an end on Wednesday if only in name rather than nature.

That’s because it will be immediately replaced by a fairly draconian anti-terrorism law that was signed into law this week in front of photographers by French president Emmanuel Macron.

The new laws have been heavily criticized by French and European rights groups, who say the country will now effectively be living in a “permanent state of emergency”.

Critics of the new legal weapons handed to police and local authorities, which include the power to close mosques, search homes and restrict movement of individuals, will dramatically reduce people’s rights and will only make matters worse by targeting the Muslim community.

The government insists the powers represent a “true balance between necessary security for our citizens and the protection of individual liberties”.

But what did French authorities do over the last two years during the country's state of emergency?

On Tuesday the interior minister Gerard Collomb (pictured below) revealed details of how they had made use of the powers handed to them on the night of November 13th when jihadists left 130 dead in Paris. Here are the key numbers:

32: This is the number of terror attacks the government says security services have thwarted since November 2015. Some 13 have been foiled in 2017 alone. However crucially the government does not say how many of these were due to the emergency powers and how many were simply foiled by the good work of police and intelligence services or simply the bad work of would-be jihadists, who botched their own attacks.

92: That's the number of people that have been killed in Islamist attacks in France since the state of emergency was brought in, including 85 in Nice, a policeman on the Champs-Elysees, and two young students in a Marseille train station. The other victims were a policeman and his wife, and a Catholic priest.

4,457: This is the number of house raids that have taken place using emergency powers that enabled police to raid homes without seeking permission from a judge. Some 80 percent of these raids took place in the first six months after the November attacks. Not all of them however were terror related. The government does not reveal figures but there were reports of environmentalists and members of other movements having their properties raided under the emergency powers.

998: That’s the number of criminal proceedings that have been launched following the raids.

646: Is the number of people that have been taken into custody following the house raids.

23: According to Le Monde only 23 cases have resulted in prosecutions for terror offenses.

625: The number of weapons confiscated during raids carried out under emergency powers, including 78 considered weapons of war such as kalashnikovs and rocket launchers.

752: That’s the number of people who were placed under a form of house arrest.

266: That’s the average number of days an individual was placed under house arrest.

19: That’s the number of places of Islamic worship including learning centers and mosques that have been closed over the last two years. Eleven of those remain closed down.

75: That’s the number of “Protecton Zones” set up during the state of emergency to provide extra security at events such as Euro 2016 and the Paris July 14th celebrations.