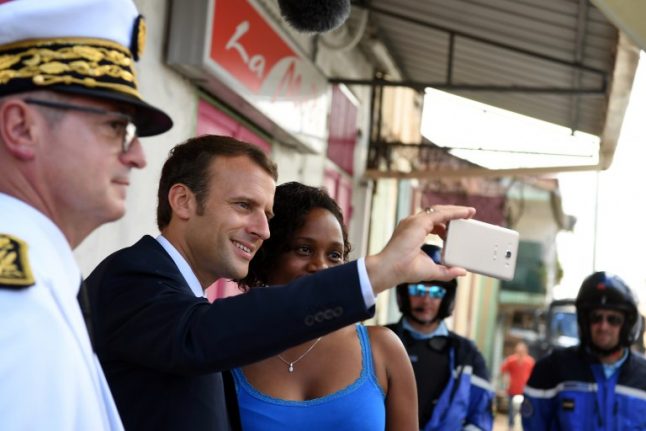 “So, there are some of you who do not only smoke cigarettes, huh?”, he said to laughter after posing for photos with locals in the Crique neighbourhood of capital Cayenne on Friday night.

“That will not help with your schoolwork,” he could be heard telling the smokers on a video posted on the presidential Facebook page.

“You have to tell the youngest!” he said.

Macron wraps up his 48-hour visit to the impoverished South American territory, which borders northern Brazil, on Saturday.

He said he was “not Father Christmas” after facing demonstrations at the start of his trip, which came six months after a wave of protests erupted about security problems and unemployment.

Many locals feel they are overlooked by the government in Paris, with unemployment at 23 percent, massive illegal immigration, pot-holed roads and poor public infrastructure compared with mainland France.