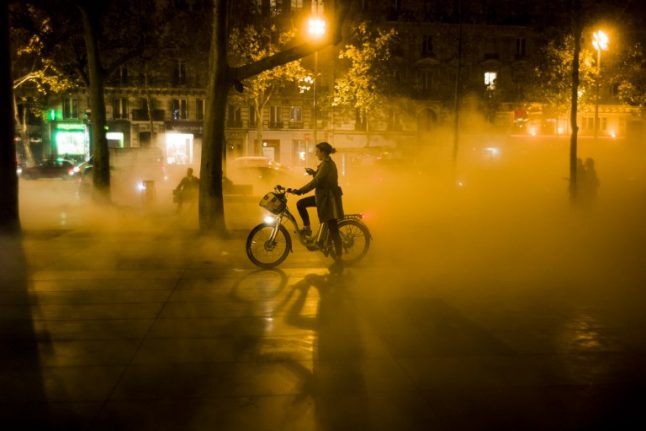 Homeowners have been cautioned that when the clocks go back (from 3am to 2am in the early hours of Sunday) – they can expect a spike in burglaries.

French police explained that criminals will take advantage of the extra hours of darkness to break into homes.

The thieves have the added advantage of an increased number of empty apartments and houses, with the French often quick to head to the mountains or the coast for the Toussaint holiday period.

Police have warned the public to alert their neighbours when planning holidays, and to be sure to properly lock up before leaving (yes, including the shutters on the windows).

But it’s not just the dangers of break-ins that increase with the time change.

France’s police force is also actively alerting the public to the facts that the roads are set to become more dangerous, with more people commuting during the darkness.

The dangers are especially high for cyclists, who are the most likely to be invisible in the dark to motorists and pedestrians.

Police in Paris have been pushing a major campaign to alert cyclists to the importance of wearing high visibility clothes, or at least attaching fluorescent bands to their ankles and biceps, Le Parisien newspaper reports.

Officers have been stationed across the country, giving fluorescent gear to cyclists and discussing the dangers of the road.

The French capital typically sees a jump of 43 percent in the number of road accidents between October and March, often due to reduced visibility, Le Parisien newspaper reported.

Police added that 47 percent of September’s road-related injuries occur between 5pm and 9pm.

Parisians have been urged to only cross at designated crossings (and only when the light is green), while scooter and cyclists have been warned as ever to keep an eye out for the risk of opening doors on parked cars.