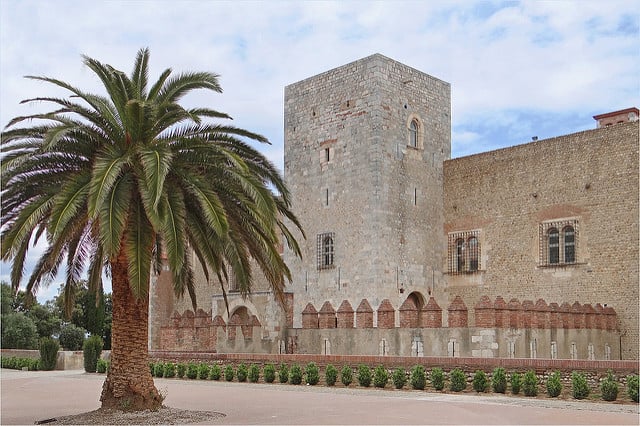 Perpignan. Photo: Jean-Pierre Dalbéra/Flickr
President of Perpignan's Economic Development Agency Laurent Gauze is desperately hoping his city will be chosen as a filming location for the final season of Game of Thrones.
In a bid to catch the eye of the US producers of the show he has sent them a file containing images of places he thinks would make appropriate settings for the final season, set to air in 2019.
It's not that Gauze is a fan of the series or desperately wants to meet Daenerys Targaryen or Jon Snow he just knows that if Perpignan was used as a location it would boost tourism and bring in some cash for the city. Among the sites Gauze included are the Château de Collioure, the Vivier lake and the Vermeille coast, according to Europe 1.
And who knows? While the Mediterranean climes might not quite suit the northern Starks, there are certainly other characters (perhaps the Lannisters?) who would be at home in the medieval, coastal setting.
Take a look and judge whether the region has enough to draw the Game of Thrones entourage to France.
Chateau de Collioure. Photo: Jean-Pierre Dalbéra/Flickr
Vermeille Coast. Photo: Phyllis Flick/Flickr
Perpignan. Photo: Andreas Kambanis/Flickr
Cirque de Gavarnie. Photo: Coline Buch/Flickr
And the Palais des Rois des Majorques in Perpignan looks pretty Game of Thronesy.