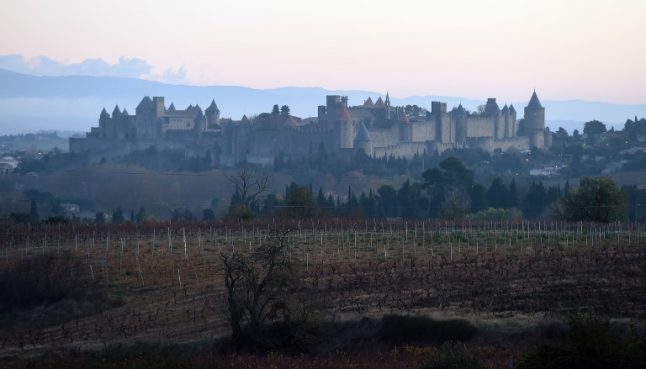 Photo: Renaud Camus/Flickr
The area's “white beaches, blue seas, country markets and maquis-covered hills” are just some of the reasons the former region of Languedoc-Roussillon in the south of France stands out from the crowd, according to the Lonely Planet.
The travel guide named it among the best regions to visit in the world in its Best in Travel 2018 rankings along with the likes of the Julian Alps in Slovenia, Alaska and the Aeolian Islands of Italy.
“For too long, Provence and the Côte d’Azur have stolen the limelight, and 2018 might be the year that the lesser-known region of Languedoc-Roussillon takes its turn in the sun,” writes the Lonely Planet. In reality the region of Languedoc-Roussillon was swallowed up into the super region of Occitanie when the French government redrew the administrative map in 2015, but that has not dimmed the charm of this “fiery corner of France” which the Lonely Planet describes as “feeling like a country within its own right.”
And one which has it's own cuisine.
“Anyone who’s tasted the region’s fabulous food and fine wines really won’t need any extra reasons to visit,” writes the Lonely Planet, which picked out the Pont de Gard, the Cevennes national park (see pic below) and Les Arenes in Nimes as some of the highlights. But we spoke to locals who know Languedoc-Rousillon better than anyone to sell its charms.
History
The UNESCO listed fortified town of Carcassonne (see pic below), inhabited since before the Romans, is just one of the area's historical highlights. Visitors can also head to the Nimes arena – one of the best preserved Roman amphitheatres in the world, and the Roman Pont du Gard bridge and aqueduct – the tallest the Roman's ever built.
Stunning climate
Naturally, being located in the south of the France, doesn't hurt the climate. And Languedoc-Roussillon certainly has weather to boast about, which only adds to its beauty say the people that live there.
“It’s breathtakingly beautiful. From lush in the spring, to rain free in the summer, to multicoloured vineyards and beautiful weather in the autumn, to snow covered peaks of the Pyrenees in the winter,” says reader of The Local Rosy Hardie who has lived in the area since she was seven-years-old.
Horatio Taylor, who moved to Languedoc-Roussillon after visiting seven-years-ago, trading in his roadside house just outside of London for a farmhouse in Le Bousquet d'Orb also waxed lyrical about the climate.
“The slightest change of weather casts a different light on the mountains and villages and you see them in a new way every time,” said Taylor.
The Mediterranean
The area borders the Mediterranean Sea. That means not only do you have a wide selection of stunning beaches like Vias Plage near Cap d'Agde and Espiguette beach near Montpellier, but you also get delicious seafood including specialties like oysters and moules frites.
Reader Antoinette Terlizzi said: “We love the sea (and seafood). That is what we love about this area.” Beziers. Photo: Peter/Flickr
Cosmopolitan buzz
With the vibrant university cities of Toulouse and Montpellier, the area has a lot to offer in terms of city living.
“Montpellier is a great place, with the lovely Place de la Comédie – the best place in the world to eat, have a drink and people watch,” says Rosy Hardie. “And Toulouse is the beautiful pink city, so called because most of the buildings are made with bricks from the typical red soil we have here.”
Townies will enjoy the cities as well as Beziers, Narbonne and Perpignan which together will provide urban interest, says Adrian Milne.
Horatio Taylor says: “We have some of the most amazing cities and towns in France that in themselves would take a lifetime to discover.”
Beautiful countryside
But if you prefer a slower pace, Languedoc-Roussillon won't let you down there either.
With two areas of protected landscape: the Parc National de Cevennes, a stunning area dotted with hamlets and ravines and the Camargue, a beautiful natural area, it's hard to compete with former region's countryside.
“It’s not the most overpopulated area, by the French or the expats, so it’s still got this authentic forgotten corner of the world feeling about it,” says Rosy Hardie. Sunset over the Camargue Photo: AFP
..and that includes some unusual wildlife
The area isn't only attractive to humans, it seems.
“Every stroll across the countryside has been exciting and rewarding. Wild boars, red deer, genets, weasels, eagles, owls, African bee eaters, storks , flamingos, you just never know what you might see when you go out for a stroll,” says Taylor.
Great cheeses
While you can find impressive cheeses almost everywhere you go in France, Languedoc-Roussillon can boast that it's home to (arguably) one of its finest: Roquefort. And that's not to forget the mouthwatering Tomme des Pyrénées goat's cheese which also hails from the area.
Url copied to clipboard!