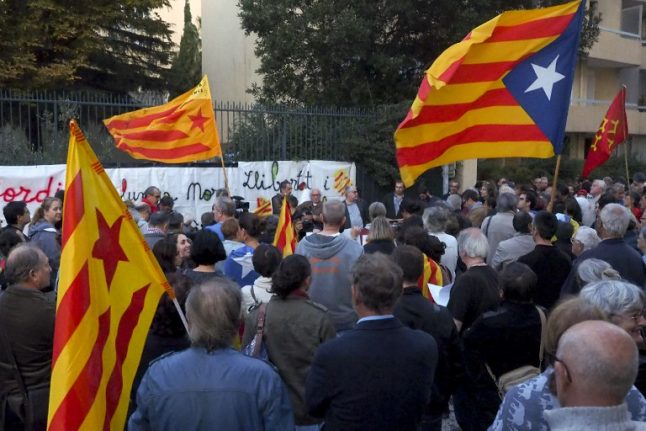 People hold Catalan flags and placards outside Spain's embassy in Perpignan. Photo: AFP
Catalan separatists have threatened “mass civil disobedience” if Madrid carries out threats to depose their leaders, including Puidgemont, as tensions rise over a bid to sever the region from Spain.
“We feel that Europe has not been playing its role,” said Jaume Roure, the head of Unitat Catalana which seeks self determination for French Catalans.
READ ALSO: “As the storms are gathering, we have asked people … to see if they can host the Catalan government and those people who are forced to leave,” he said, speaking of Perpignan, the capital of France's Pyrenees-Orientales department which acts as a bridge between Barcelona and the south of France.
The region was for centuries a part of Catalonia and only became French in the latter half of the 17th century.
Several Catalan Republicans fled to this region from Spain during the long dictatorship of General Francisco Franco. 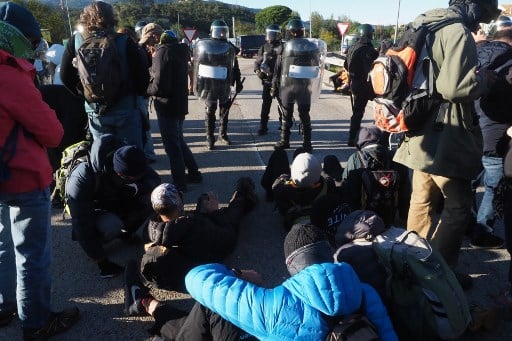 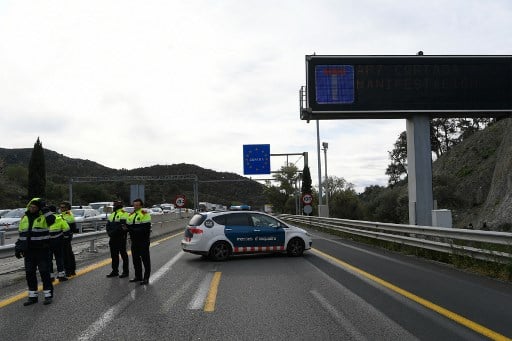 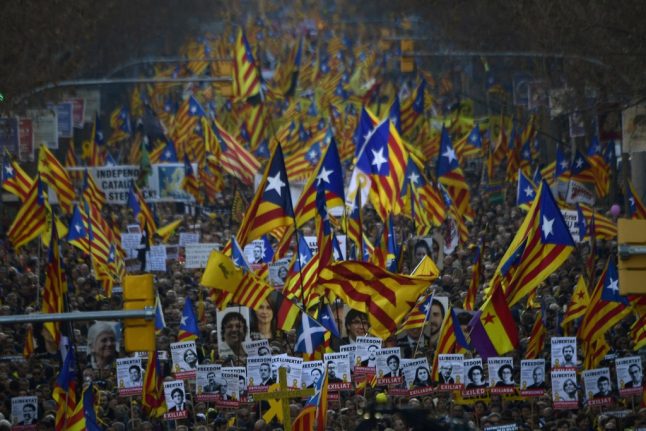